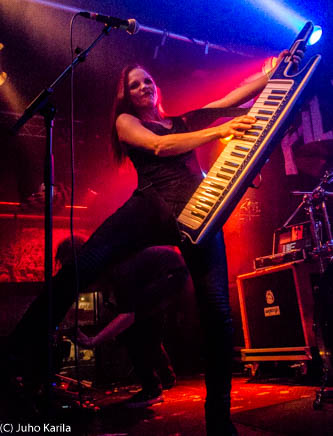 We were in for a real treat when the finnish Technical Death Metal legend, Amoral announced that they’ll play a special show before their story is coming to an end: an Old School Show. Fitting to the theme, the night was opened by Niko Kalliojärvi’s new main band, Humavoid. This is a story about that night.

Humavoid has carved something in my heart, that’s come to stay. Their groovy riffs and drum patterns follows the traditional path of Djent, and other modern groovy-prog-math-bands but they also mix their music with elements beyond Metal. This isn’t the only way they stir the traditional band elements because they use a keytar instead of keyboards, which is something I prefer much more due it giving so much more mobility. Their previous shows we’ve seen has proved that the band has lots to give by delivering a show that’s matched by the intensity of their music, so expectations were high.

And those expectations were met, almost. The band was more stationary than on previous times but it’s only understandable due the lack of space on the small stage. Combined with the fact that they had just lost Samuli Hyttinen (guitar) and this was one of their first shows, if not the first one, with four person lineup. Musically it didn’t hear much, Jan From‘s bass rumbled to fill the void and Niko delivered his riffs with no problems, but the singer-keytarist Suvimarja “Sumppi” Halmetoja had occasional problems with keeping her voice on the right note.
The audience didn’t seem to be much bothered by that and the band showed great effort in making the night most pleasurable for both those who came to see them out of curiosity and those who knew them already. And in that they really succeeded by taking a hold of the stage and the audience from the very beginning by holding them in a tight vice grip to the end.

Setlist: The band told to not have setlists because they’re animals and their music just comes from subconsciousness but we heard at least the songs from their Glass EP: Glass, Light Pollution, Glass and also their latest single: Coma Horizon. 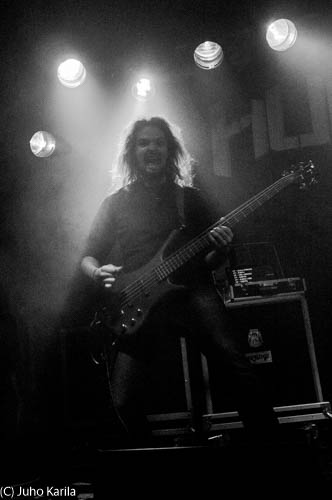 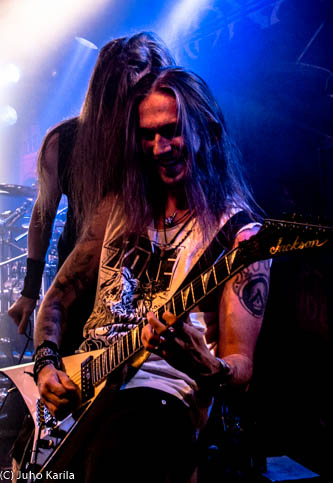 When Amoral’s showtime got closer, it was clear what people thought of a night like this as the small club venue was getting full and I could hear people chatting that the group should never had changed their style. There were a sense of nostalgy in the air and the mood was up high for everyone when the band hit the stage; and they hit big. If the opening act was energetic and making the best of the space they had, these metal giants topped it with intensity that’s sadly rare to see with Finnish bands nowadays. They didn’t need much effort to gain the audience on their side, and everyone got a really positive vibe, feeding eachother to create a night to remember.

I don’t know if it was due the circumstances of getting to play an intimate venue, or the change of playing old songs or if they just genuinely had such a good time but this was one of the most lively shows I’ve seen from the band during the past few years and sparked positive curiosity towards upcoming shows. Their charisma relied much on Niko and guitarist Ben Varon but the rest of the band made sure to maintain the positive energy, which seemed to make the audience losing their sense of time and space in its immersiveness. The amount of headbanging, playing, stage-presence and everything was simply seamlessly perfect and it’s hard to find anything to critisize about the show; professionals are professionals.

The setlist was very varied, offering a little bit of everything from their first three albums and the lead-singer Ari Koivunen was missing from the stage but it only made sense, since he joined the group on their 4th record.

From this point, we’ll be excited to see the final show at Tavastia 5th of Jan 2017 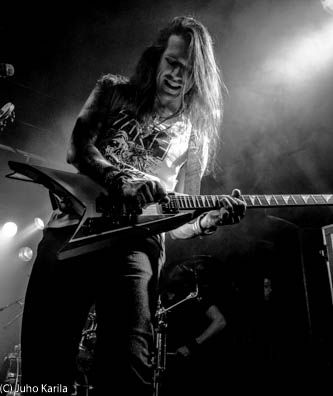 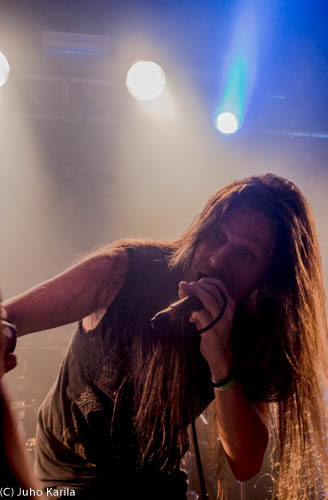