As a kid I was exposed to a lot of Latin and popular American music that was on the radio. I grew up in Venezuela and had some of my formative years in the US. One of the first artists that caught my attention was Michael Jackson, when I was 7 the album “Dangerous” was his latest release (It came out in 91) and it was still pretty big on the radio. My parents bought the CD and well, I became addicted to it, I listened to the damn thing all the time and learned all the lyrics. Wait but how’s that metal? It isn’t and it kind of is, at least at times. Occasionally it had some fantastic lead guitar work, and I mean the whole album is a production masterpiece, thanks to this album from very early on I had an appreciation for musical complexity.

Fast forward to my preteen years, I am back in Venezuela (That’s where I’m originally from), every time we went to the biggest hypermarket in our area, I would go to the CD section and browse everything for the entirety of our stay there, for my parents it was great because they knew I would just stay there and they could just shop calmly. One of the first CDs my parents bought me from those visits were Marillion – Fugazi and King Crimson – In the court of the crimson king. Wait what? 80s Neo-prog and basically the first prog band ever? How did I even get to this point? Well, to be honest I was choosing CDs based on their covers. Somehow the album covers in the prog section resonated with my visual liking.

So for the longest time I only listened to these 2 bands, particularly just those 2 records, and it is funny for me to look back and think about it because, nowadays I am so proud of having an inclination towards progressive rock, but as a kid I just randomly connected with these bands and I didn’t even know about the genre, please also take into account that I’m talking about pre-internet days, so yeah that idea of researching absolutely everything to a neurotic level about whatever product you are consuming was not a thing, you just did things and accepted them, at least I did.

Okay so when are we going to start talking about metal then? Fast forward to my teenage years, when I was 13 or 14 I randomly bought my first Iron Maiden CD, it was “Brave New World” and again, I didn’t know anything about this band or even the genre, as usual I bought CDs based on covers. And here is where my journey begins, I bought every single Maiden CD, I bought the DVDs and all types of merch I could get my hands on, I learned their entire history, I knew every single member they had, when they left, joined or rejoined, I knew who did which guitar solo, who did the art on which album and everything about their manager and road crew, basically I became obsessed with them and anything related to them.

Another equally important moment that introduced me to metal was finding one of my dad’s mixtapes that had some funny trippy drawings on it. The artists on the tape were Pink Floyd and Black Sabbath, I listened to this tape religiously and it became the reason why I started learning how to play guitar. I just wanted to learn how to play the opening riff on “Into the Void” Which later on in my life I was able to accomplish. Around this same time I discovered an album on my dad’s CD collection that had an interesting album cover “Master of Puppets” by Metallica, oh god, well, I’m just gonna say that this album is the reason why I kept learning how to play the guitar. The way the fast palm muted riffs sounded just made absolute sense with me at that time, it represented my personality as a kid, my angst and rebellion.

Later on I started getting more and more into punk rock due to my social circles, most of my friends were in punk rock bands and/or were skateboarders, so naturally the whole skate punk scene was very significant to me. In Venezuela, metal and punk were almost 2 complete different cults that were at war with each other. Back then, belonging to such an extreme counter culture meant you had to hate everything else that was not part of the norm of your group, so you either loved metal on its own, or punk on its own, loving both was not an option. I never understood that, I was always shy about accepting the fact that I also listened to metal to my punk friends and viceversa to my metal friends. By the way I didn’t have many metal friends because at least in my country, in my experience, most self proclaimed metal heads were absolute boneheads, most of my memories with the metal community in Venezuela are kind of cringey, so I became more comfortable embracing the punk identity.

Later on I came to a realization regarding the Punk-Metal separation, what’s up with Jeff Hanneman from Slayer having a Dead Kennedys sticker on his guitar, what’s up with James Hetfield from Metallica wearing Misfits T-shirts all the time (At least in the 80s) Why does Motörhead satisfy both the metal and also the punk side of me? The fact that these metal bands recognized punk in such ways was interesting to me, I needed to connect with that idea, and I explored it further. And that’s how I discovered Thrash Metal, for some time it was my mission to understand the ins and outs of that genre from the guitar perspective. I learned many Kreator songs and I was sure that it was my destiny to palm mute until I’d die.

When I was 14 we had a Norwegian exchange student living in our house, she had a CD in her collection that she gave me as a gift when she went back to her country, the record was “Dream Theater – Images and Words” I was just in awe that such music was possible, and I tried to get every single Dream Theater album after that. The first concert I attended was in 2005, I was 18 at the time, and I traveled to our capital just to see Dream theater for their Octavarium tour. This was the beginning of one my passions and that is seeing live music.

Shortly after that I rediscovered my affinity for progressive rock, and got more into the golden age of prog which is the early 70s, my new favorite bands became Genesis, Jethro Tull, King Crimson, Yes, Camel, Caravan and other similar bands. Up to now, I still feel inclined to tell people that this is my favorite genre whenever I’m asked about my musical preferences.

Together with rediscovering prog, I realized I just loved 70s rock, so I got into Boston, Led Zeppelin, Rush and other similar bands. Rush by the way was another one of my obsessions, but I’ll just leave it at that to not go overtime. Around those years 2005 – 2008 I was skateboarding a lot, and in most skateboarding videos from those times, there was a lot of good rock or metal music being used for skate parts. And there I discovered that there was this 70s Sabbath inspired rock resurgence, and that’s where I got introduced to Stoner rock/Doom metal with bands such as Graveyard, Witchcraft, Horisont, Asteroid and so on (All from Sweden by the way) From this point on I was obligated to learn how to play the blues and know how to mix it in riffs and solos like all these bands were doing.

Moving to Estonia in 2012 was another important step, here I had access to the rest of Europe and therefore going to concerts became something that takes a big part of my life. In 2019 for example I went to at least one concert every month of the year, sometimes traveling to other countries. One of the most important concerts that I attended was Mastodon in the Netherlands in February. The opening acts were Mutoid men and Kvelertak, I didn’t know anything about these bands, but I was positively amazed by Kvelertak, it was like they mixed all the opposing genres that I have listened to throughout my life with the exception of prog. How I like to explain Kvelertak to people is like this, Imagine Boston (70s rock band) playing punk and hardcore but with a black metal singer. Here you can see all the concerts I attended in 2019: Last.fm 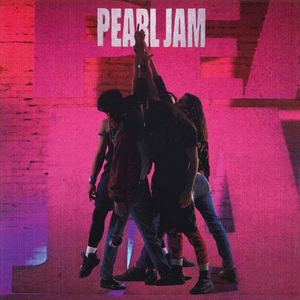