Dagoba and Infected Rain are on a shared headlining tour. They brought The band Once Awake along.

Once Awake is a band from Norway. They had a bit of bad luck as the start of their show was a bit delayed due to some explosive sound issues. It took a bit but as soon as that was solved they went on with it. With album number four seeing light this year the band has a good reason to spice it up for the headliners.

They start it up with the track “Trespasser” and soon after that they got the audience on hands. They repeatingly challenge their audience to ‘dance’ to their songs. Interesting way of asking for some interaction but it seems to work somehow.

Dagoba was next. A bit problematic to hear them at first as the sound wasn’t optimal but where Once Awake was getting things started, Dagoba really got it going. The French formation released their album “By Night” earlier in which they showed themselves stronger than ever before. It has been a while since the guys were around and they were welcomed back in style.

From playing their latest material to the older ones to mix it up with, the band had the audience eating out of their hands. If a pit was requested, they would get it. A wall of death, sure. A truly energetic performance from the guys that we could certainly use after the long hiatus in the music business for everyone.

Unfortunately there was a piece of shit in the audience who misused the opportunity to harass a woman in the audience repeatingly. But of course it is not something we can put on the band whatsoever. Did fuck up the atmosphere a bit though. However, Dagoba was bringing a top show. Certainly recommended when they cross your path.

When we reviewed Infected Rain’s album “Ecdysis”, which came out in 2021, we mentioned we could imagine this band to be great live and yet we were a bit surprised with the show we witnessed this evening. A full stage, lots of energy and again an audience that seems to adore them. The surprising factor we mean has all to do with the balance.

How logic looking at this band it would be to have one or two of them to be taking up most of the spotlight? We certainly had that in mind, but in reality we were watching a balanced band, having a time and space for everyone of the bandmembers to show off their qualities while never letting the complete track out of sight. A welcome surprise we would say. They make a good combination with Dagoba, where each have a slight bit of different fanbase they seem to appeal to most in the place.

Altogether a good evening where both Dagoba and Infected Rain surprised positively, each for their own reasons. 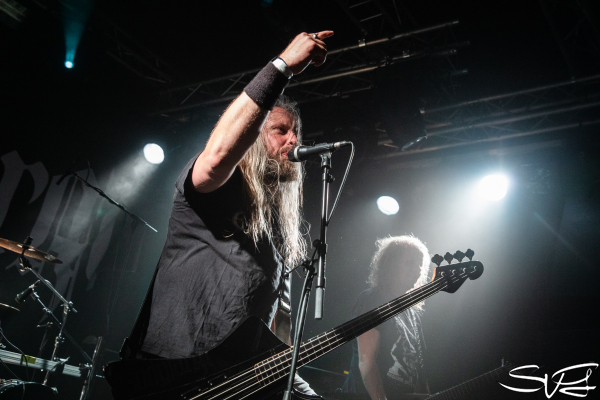 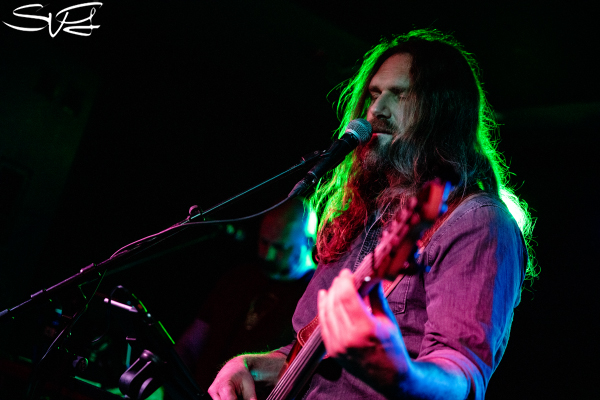 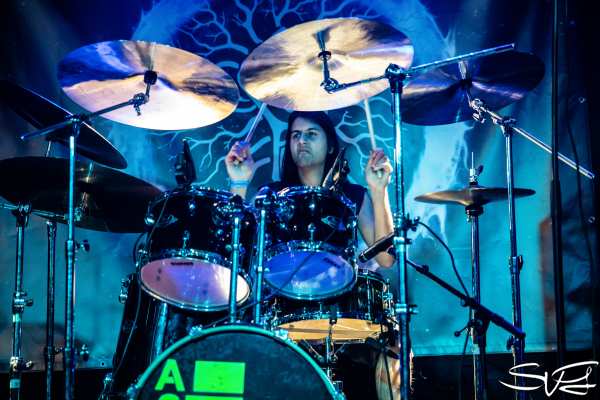