An evening of Shining.
Shining played in Doornroosje before, in 2011. We were there too, but this time the guys have the support of the band MNHM. 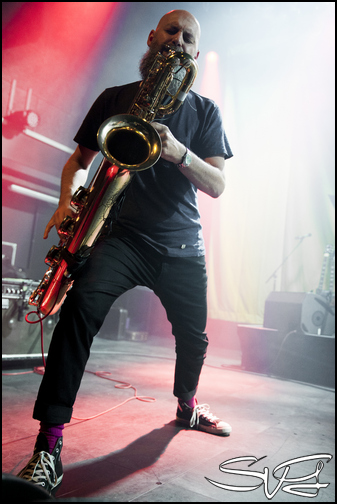 MNHM (Mannheim) is band that describes themselves as ‘Melodic Noise combined with Post/Math-rock and doom’. Their music is entirely instrumental, having a saxophone on board, a match with Shining is there.

Their sound is somewhat hypnotic, as soon as you feel the music you float along with it, the band is smart with the tempo’s and tensions, bringing you into a wild variance of experiences during their songs. When the guys started the place wasn’t too full, but at the end of the set some more people were around and a well-deserved applause followed the end of their set. A good support to have along with Shining, a great match. 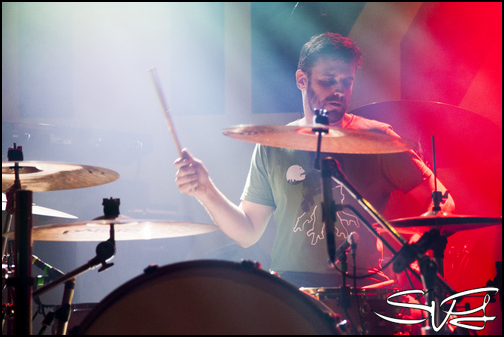 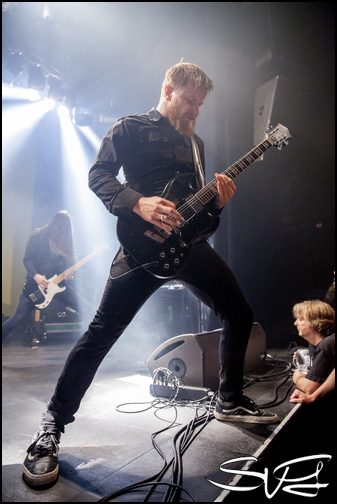 So, Shining is about to release new music, the guys are now on the road and although we spotted some criticism on their facebook page after the release of new press photos as well as a new song, it seems that in the venue tonight people were a bit more open-minded to it.

At least four new tracks were played and they are perhaps a tad bit different than what people got used to on their last release, the whole fits into the set with the older material perfectly well. A different intensity is there and it is not really an issue for people to release that energy in there at all. It grows on you and the variation keeps it interesting.

A little bit of hilarity comes in when front man Munkeby announced he skipped a song on his set list, but of course he made up for that. And at the end of the show, the guys even returned for a bonus. 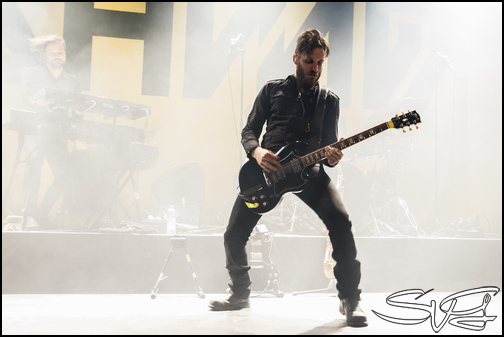 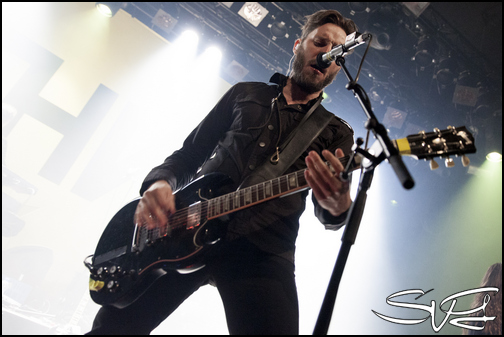 It was maybe a tricky night, free metal festivals in the Netherlands are a tough competition for a concert that people have to buy tickets for, but still the place was decently filled. Enough space to move around, so to say. What it did for sure, was to make us curious for that new album, coming out soon. Their single “Everything Dies” is already available via the usual channels.