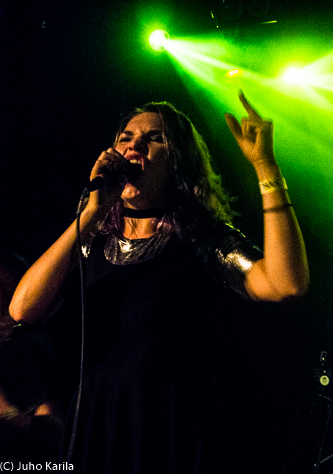 Ikinä is a pretty much of a divergent. Their music is a seamless welding of metal, pop, punk and rock and that’s an understatement. They’re also one of Sakara Records‘ latest signings and judging by the buzz around them, we can say it was a great deal.

I have seen Ikinä once before, less than one year ago. Even there their energized attitude and strong stage-precence stole my attention, and made me interested that much that I noticed one album, with some great potential songs with clever lyrics and catchy melodies, more than enough to make you hungry to hear those songs live, so my expectations for evening were on a pretty high level.

And I didn´t got disappointed, show spins fast and well forward from the beginning. With guitarist banging his head to the beat and band focus were immediately clearly at the audience. They obviously love to make people move by playing shows and they’re clearly enjoying it on the stage. Compelling energy constructs very effective and a functional package, which in practice steals the audience’s attention and pushes them in good energic vibes, whom they were able to keep during the whole show, that´s something you don´t see too many times. 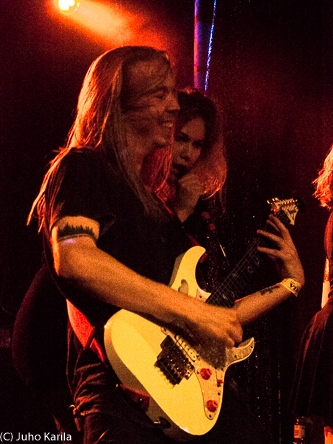 Technically there were some challenge with timings, not much, but enough that I noticed it. I could hear it that which songs they have played lot live and which less, For example Terapiaa ( which is one of their oldest songs) goes so purely and certainly, that you can see they have played it a lot.

We also got chance to hear couple of totally new songs, first one of them ”Sahara” (working titles, was asked from band) was nice poppy song with fresh summer-kind of vibe. At second new song we hear was ”Turbounelmia” which was also at first hearing fresh and speedy song with nice and ironic attitude. Both of songs continued well for Ikinä´s familiar style. And I also have to add that they get audience jumping with those songs, none of us have heard before.

For encore we got some guaranteed hits, and positive energy flow from stage just accelerated as evening started draw to an end. Last heard Bileet went to such mind-blowing energy scroll with no sign of any kind of slowing down thing that leaves you feeling like ”Damn,is it all over already?”, which is allways sign of good show. 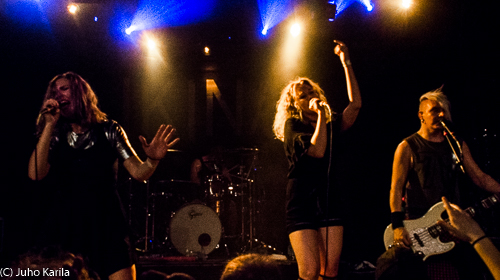