A graveyard party at Gloria Helsinki, and I just had to be there and that not
only because sexydeath were playing there…. well, ok. Probably just because
of them….
Gloria was still quite empty but it wasn’t that late yet. It filled up by the time though.

Sexydeath is an ebm/industrial band formed by Alex Frejund in Göteborg/ Sweden in 1999. Alex’ blend of styles go into a new spectre, with multilayeredmelodies and melancolic atmospheres, combined with some gothic elements, electronic shapes and industrial approaches. That makes Sexy Death one of the new millenium bands who are global and experimental. Their influence comes from a wide range of notable inspirations that goes from einsturzende neubaten to Billy Idol, The Cure, Sisters of Mercy and David Bowie. Mixed with modern technology Sexydeath paints landscapes and environments full of mystery and exotica. They have one album released so far, another one will be released some time   soon. “The future is in the past and Sexydeath is the product of a depraved mind, product of a depraved world.”

They started at 10 and played for only 30 minutes, but their performance was amazing. Alex (singer) could really give you the creeps with his glances. It was such great and danceable industrial music. The stage decoration and the light as well as the masses of fog really gave you the impression of a typical graveyard out of these horrormovies with the skinny trees. Really amazing. Alex was jumping around all the time and did a great performance. His voice and the sound of the songs reminded me a little bit of Big Boy, Unterart, FAQ and bands like that. Too bad that they only played for half an hour, but I will see them again, hopefully anytime soon. 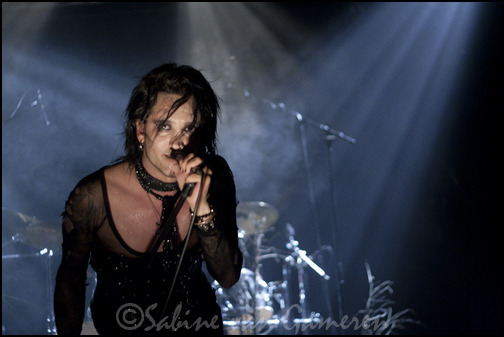 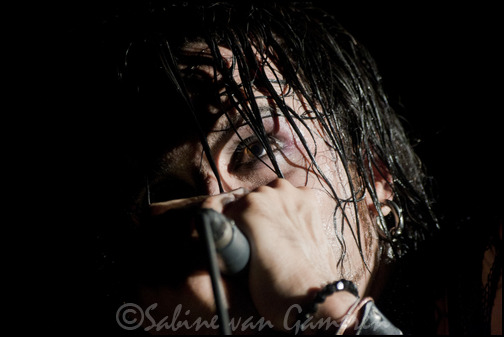