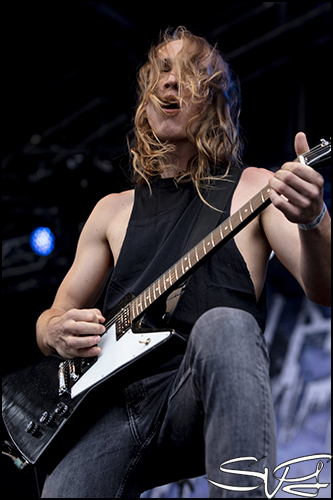 The second day of Into The Grave starts with Dust Bolt. A Thrash formation from Germany that is around for about 12 years. At first their show seems a bit uneventful to watch, it takes a bit to start up as it seems. The early arrivers of today are not that easily convinced either, sure the first drops of rain drove people to seek shelter which did not help either to get some chaos going. Then a few songs into it, they start to grow on you.

Unfortunately their set is a bit too short to get fully into it, perhaps the guys could reconsider their set list and bring some more fire from the start next time. 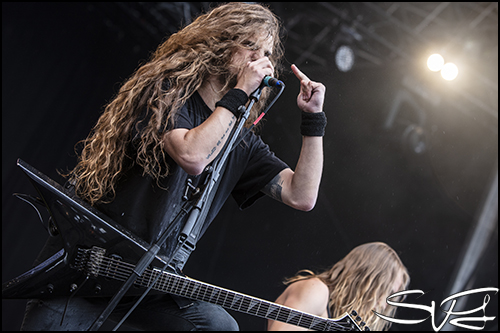 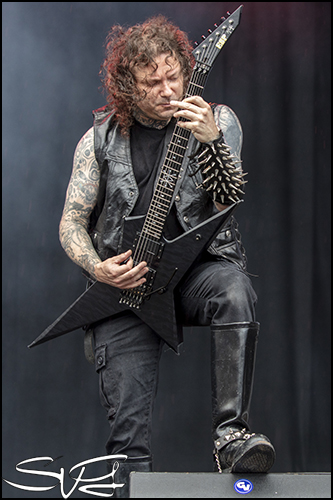 No, we did not expect to have the surprise of the day already this early. Goatwhore was the next band on the time table and the Americans are giving the festival it’s heaviness. The rain is pouring down now, which causes us to seek shelter, especially after being so cold and soaked the day before and the many hours still to come made us choose wisely, but luckily after a few songs the rain stopped and we could enjoy a little more of these guys.

They play some solid songs, fierce performance with simply no nonsense attitude. Great riffs are flying around and we are truly a bit sad that the guys are playing this early and not a little longer. Can’t wait for them to return and give us more of where that came from! 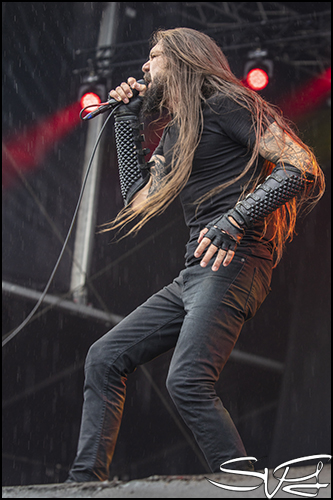 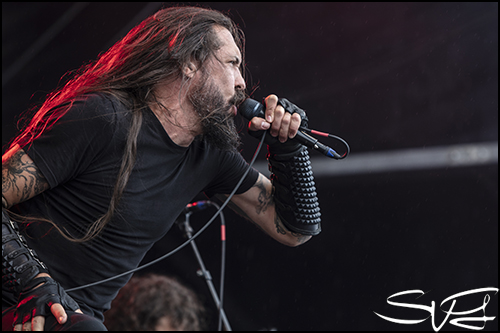 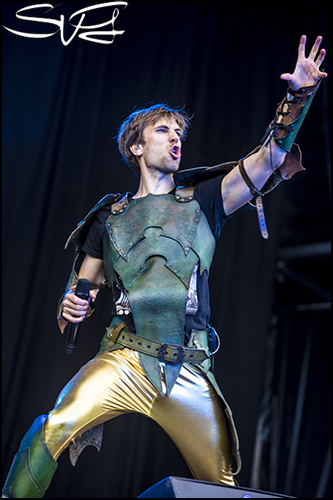 Gloryhammer is a power metal formation formed by Christoffer Bowes, the Scott you may know as that dude from Alestorm. The guys are quite theatrical and a little show is performed, with a monster and hammer. Entertaining to watch. Musically… well we may end up being in that half of the audience who is not really into this at all.

Too much of a show, too overdone. But then there is a huge group of people who really adore this band, who sing along, headbang and make the show of these guys into a cheerful experience. And that we appreciate. Good atmosphere, people having obviously a great time during their set so we must praise them for that! Bringing the good mood into the festival while the sun is seeking its entry is what we all needed anyway. 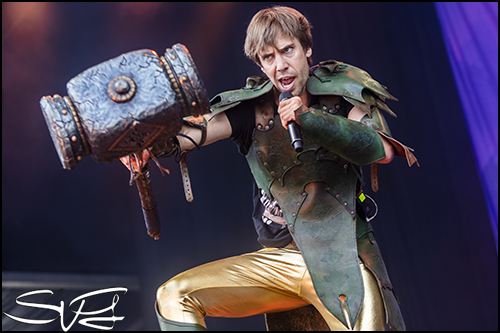 Dying Fetus brings in vehemence. Something further apart from Gloryhammer is hard to imagine so it surely turns the whole around. As announced, the aftermovie needed some good video’s of crowd surfers, the whole got started on that the second the band started playing. Dying Fetus themselves seemed indifferent.

They are there, playing their songs without too much of emotion. Rage on and rage hard. The music is leading and a show seemed in no need of that at all. A truly different approach but as the guys play tight as hell they get away with that. Fifty minutes later the set ends and the guys are off. Might as well been listening to an album. Great music, but brought without much passion for actually being out there somehow was a bit disappointing. It’s just that spark that was missing to make it all complete. 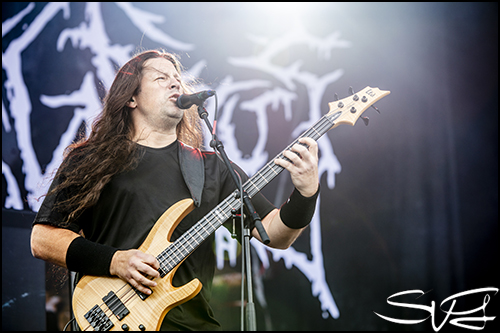 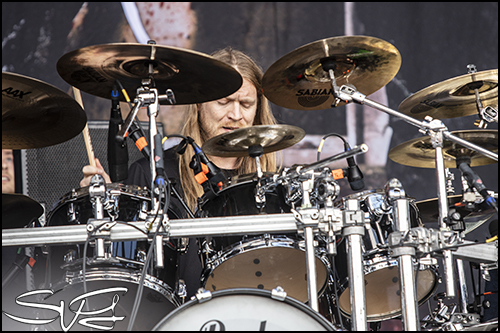 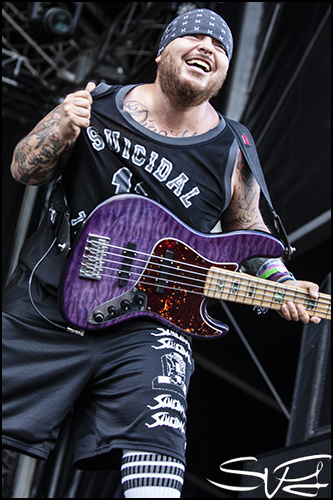 Suicidal Tendencies are guys we have seen around so many times. Announced as living legends they entering the stage with a big grin on their faces. The guys have their energy. Even if the audience is not moshing and crowd surfing right away, they would not notice. They have their own party going on.

Not that they have to worry about that, it is hard to stand your ground with them. And starting with “You Can’t Bring Me Down” kind of says that too. The party is on and the crowd is with them so there is not such a thing to worry about anyway. Crossover thrash… these guys made it and show once again how it is done. They will never bore us a minute. 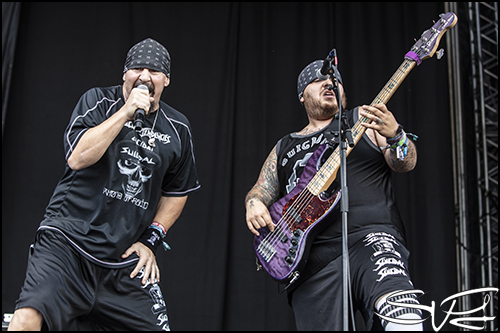 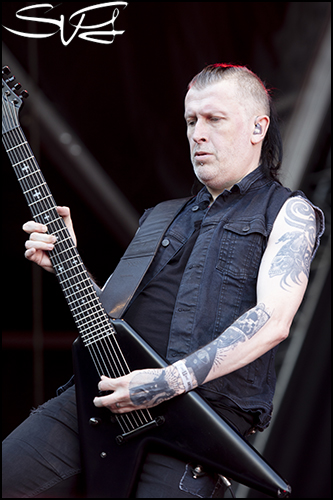 Paradise Lost throws us all to an opposite direction again. The doom/gothic formation is obviously bringing much slower music and the audience has some time to gasp some air. 30 years of existence made these guys to a place that many can only dream about and a lot of people seem to enjoy their show regardless the fact that they are much different from all other bands today.

As we remember their previous performance at Into The Grave a couple years ago vividly, the guys are humbly playing their set today. With their latest album “Medusa” on hands the guys are putting their main focus on this release, but are also giving a few of the Paradise Lost classics which are welcomed widely on the festival grounds. “Say Just Words” is what they end with today and this band shows us why they are still so widely loved here. A good show from these British’ once again, but we must say we did not expect any different. 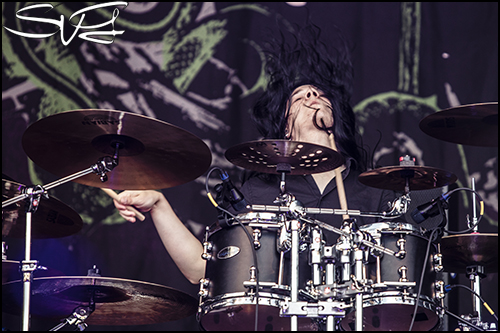 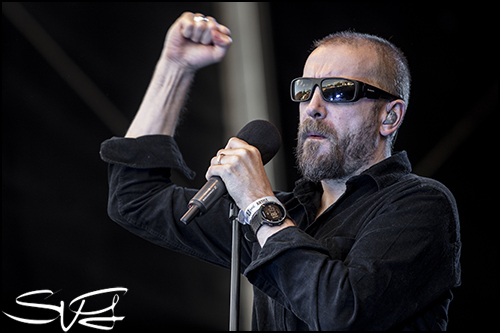 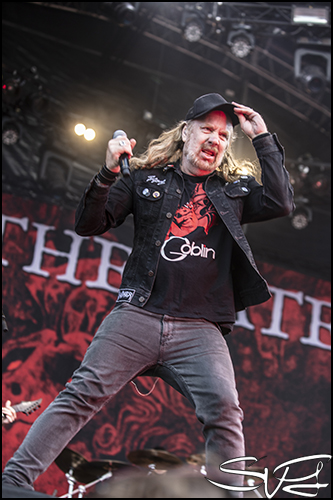 At The Gates had quite a set prepared for today. The band makes Melodic Death and started in the early 90’s. The band has now six full length albums on their name, of which “To Drink from the Night Itself” is the latest. It got out only a few months ago, but when the band plays some songs of this release it feels like you have known the songs for years. That is because At The Gates have succeeded in giving them a sound of their own.

This day they also have some older songs on their list. “Death and the Labyrinth”, “Nausea” and “Suicide Nation” are all on the list of today. The Into The Grave visitors seem to take it all in, the band does not need to put in a lot of effort to get the crowd going and they don’t talk too much in between the songs either. Just like Dying Fetus they make the music do that for them, but the difference is quite clear. The way of performing is much more alive and that is why their show turns out a great success today. 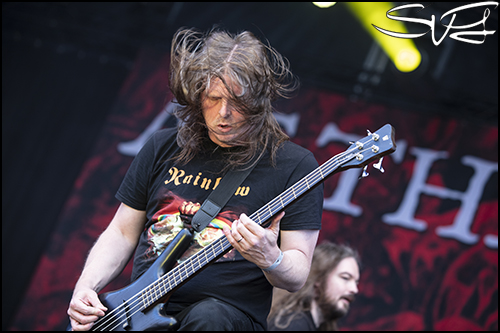 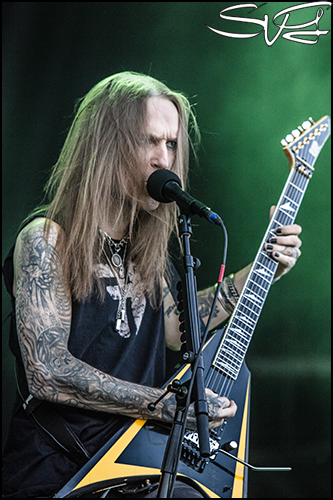 Children of Bodom is one of those band that dragged many, many people into listening to metal. The Finns never lost their touch with the fans along the years and the audience is obviously  happy to see them. We estimate these guys are responsible for the highest crowdsurfer count of the year. (would anyone has actual stats on that by the way?) Though, it is not all so shiny as the band starts their first songs with some sound issues as it seems.

Later on they were coming across better and with classics like “Needled 24/7” on their hands they get their audience on its wildest.  At the end of their set songs like “Downfall” and “Everytime I Die” are getting people energized.
Altogether it seems that for many people this band was the favorite of the day. Although the guys of Children of Bodom never surprise in their set, they are a reliable band to have along here. You know what to expect and that you will get. And how great it worked out here today! 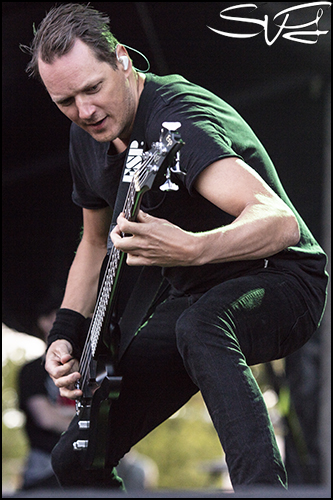 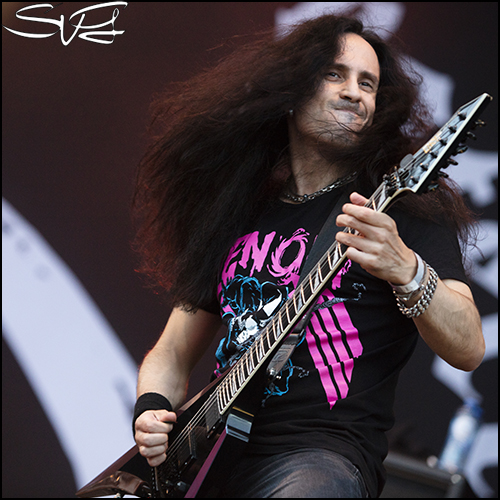 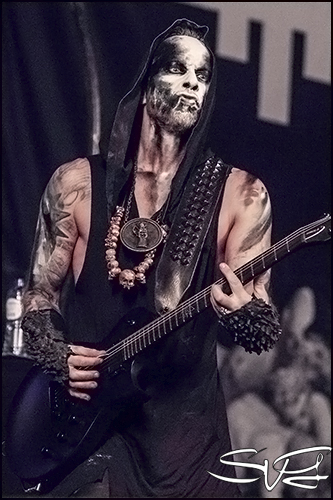 The final act of the night is Behemoth. The Black Metal formation is active since 1991 and released a whole lot of music through the years. This year we are to expect a new album again. “I Loved You at Your Darkest” it is called and will come in October. The band was playing some of the new material already, teasing the audience with what is awaiting them. But songs like “Demigod” are also on their list, and altogether they have set us up with a diverse setlist.

Behemoth does not come with just their music. A characteristic performance comes with it. Fire elements and their micstand/altars are signature parts of their show, but the blackest of black is what reigns over Leeuwarden tonight. The audience adores it, the new album’s title does not seem to come out of nowhere. After more than an hour the band ends the show and leaves with an unfulfilled desire for more. That album is what is lays ahead of us, so that is warming our black hearts. 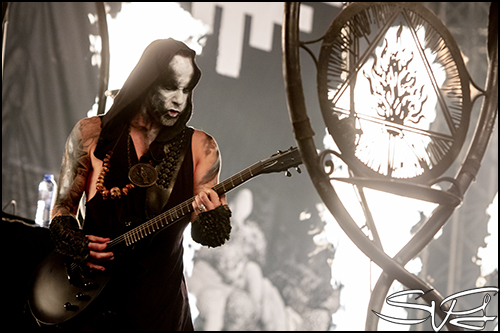 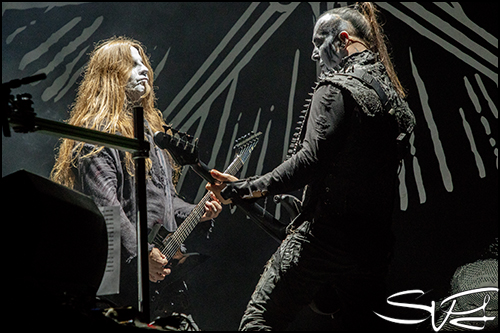 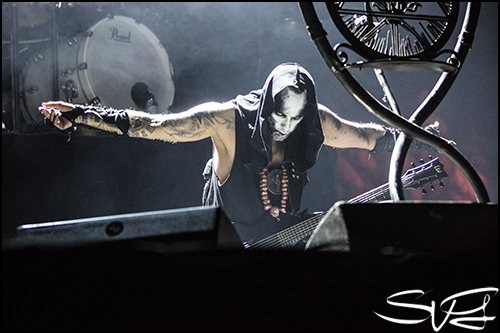 For more of Into The Grave we will have to wait another year though. But luckily there is often more of where it came from and the clubseason calendars are filling up fast. Testament is already announced for next year’s edition. Some gossip of a new location has been going around, but in the end we simply have to wait till we hear more, but for now we are still enjoying the after-festival-fun.

The article of day 1

Links:
Into The Grave