[schema type=”event” evtype=”Event” name=”10-08-2018 Into The Grave” sdate=”2018-08-10″ city=”Leeuwarden” country=”NL” ]A new edition of Into The Grave was ahead of us. After many dry and warm weeks, there was a little rain ahead, but that did not stop people from coming to see the great line up that was presented. 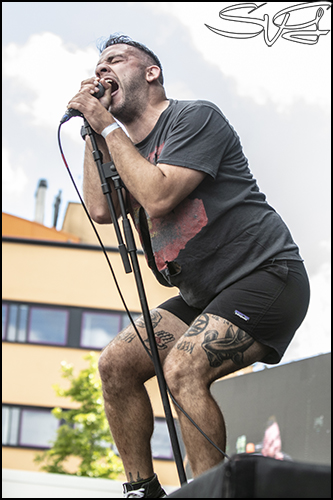 Starting the festival with some toxics. Toxic Shock at first. They make Crossover Thrash and drove up to Leeuwarden from Belgium. Influences like Suicidal Tendencies are clearly hearable and visible if you looked carefully enough) and the band has a whole lot of energy to bring. Making use of the stage, jumping around and going back and forth they may inspire many to get along with that, but somehow they may have taking it one stop back as it seems all could have been a bit more tight.

The essence should be in the details and that was lacking a bit. But well, their enthusiasm is quite contagious and with some time the guys may develop. They give the impression to have a clear idea of what they want to sound like, so it’s just a matter of perfectioning. 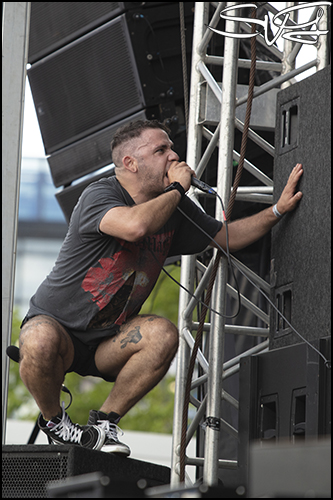 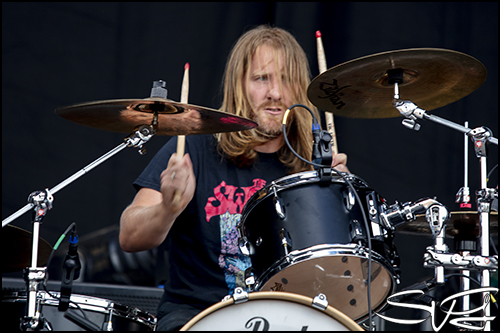 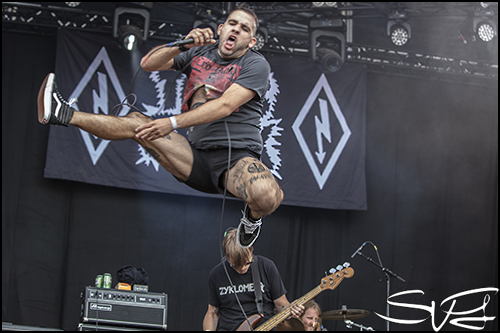 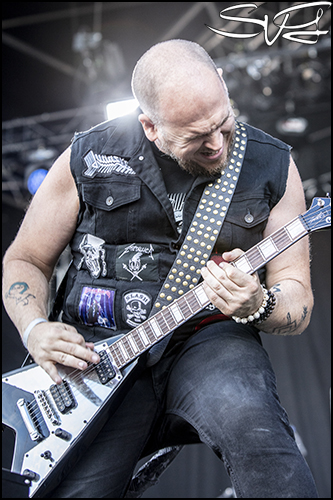 Toxic Holocaust was next. These Americans are more oriented on the speed/Thrash combi and seem to take their own approach to performing. With them it is more like you are watching a band that has great joy in playing, a more relaxed and confident stage presence is a result of that.

Yet, not all the early birds on Into The Grave seem to know these guys very well, but they did manage to convince people to bring out their energy already by starting some moshing. The guys have been around since 1999 and gathered quite a discography in the years, but their latest full length album dates back to 2013. Quite some time to go without anything new, but perhaps they will bring out some new material soon. For today they won some hearts of mainly the younger folks out there. 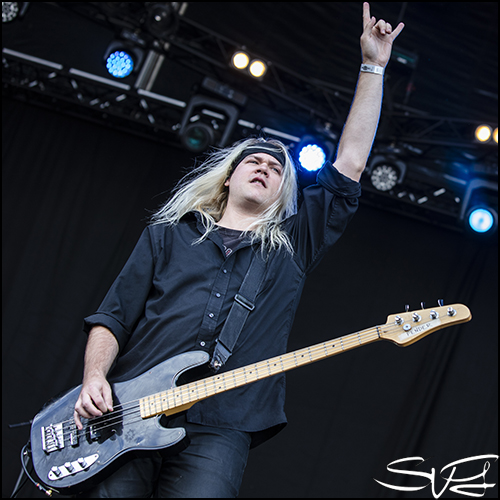 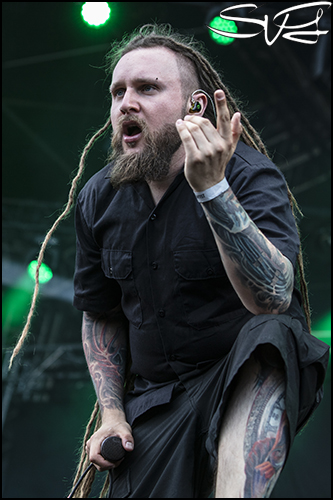 Decapitated was, for us at least, the band of the day. The guys have been through quite some, if you have not heard of what I am talking about we suggest google, and were welcomed with some cheering here today. The band was eager to be here, no one could argue with that and with that focus in mind the guys played a tight set.

Starting with “Deathvaluation”, coming from the band’s latest album “Anticult” they quickly set the tone: Rage on! Also some older material got by, “The Blasphemous Psalm to the Dummy God Creation” of “Bloodcult” being one of the songs that stood out most. The guys got the audience really energized, seeing some crowdsurfers passing by and a lot of people enjoying them. All deserved, the guys are eager and give their all today. A show to remember! 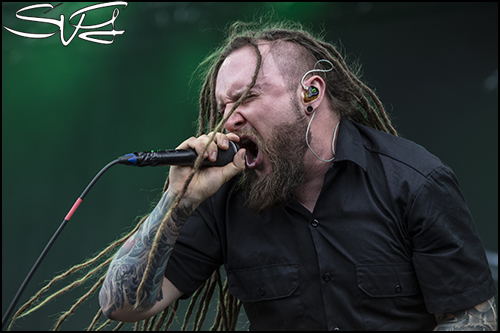 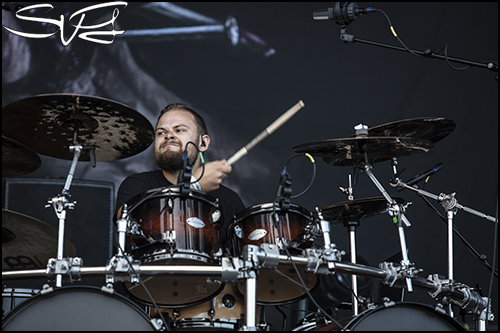 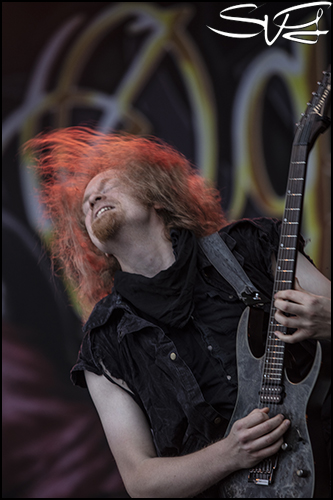 Orden Ogan is rather different from that. The power metal of the guys is praised a lot amongst the press and they are often mentioned in the line of bands like Blind Guardian and Rhapsody of Fire. Formed in 1996 and six full length albums further the guys are now playing the stage of Into The Grave.

What seem to speak most for these guys is that no cliché is ever made into a caricature. They leave it what it is and not go overboard with their themes, stage presence and lyrics. This modesty is actually the strength of them, leaving it more open for fans of a diversity of genres. Whether it is the good flowing “F.E.V.E.R.” or the more jolly “We Are Pirates” they play, it is in one line and with the diversity they give they are able to entertain us well today. 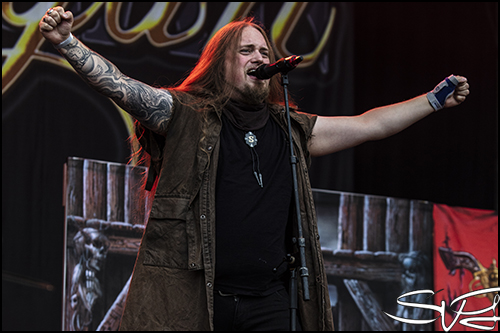 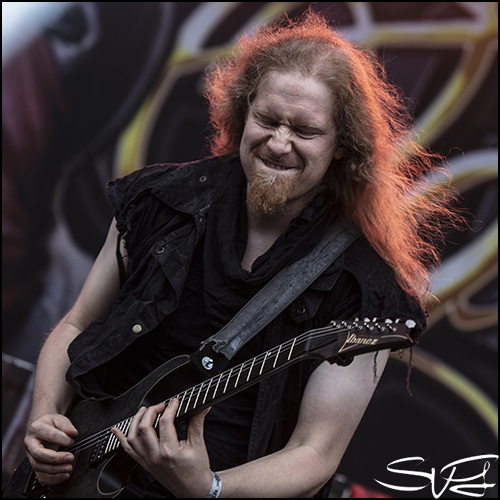 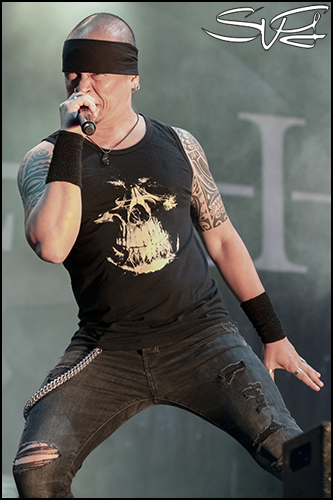 From Dutch grounds there is Delain. We baptized the band Derain after their set nearly drowned today. Vocaliste Charlotte remarks that we are not made of sugar (Dutch saying), which seems a bit bittersweet as she is the one with a roof over her head, but got bit of a backfire soon after that when the sound dropped, technical issues due to: rain.

Luckily the band was able to continue their set although not completely without struggles. Songs like “Suckerpunch” and “The Hurricane” were there to hype up the audience and it was good to see that many people were sticking around despite the pouring rain. Delain did not have their easiest night here, but delivered a nice show nevertheless. 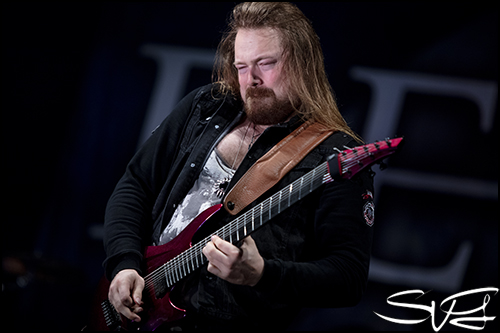 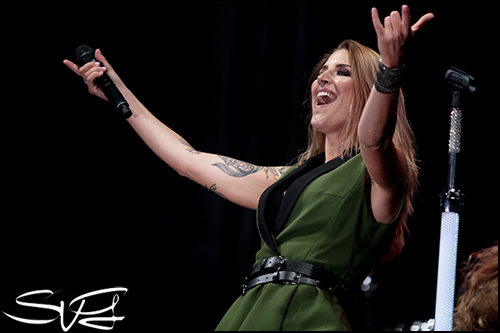 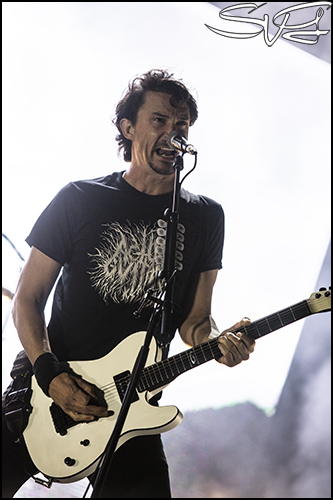 Gojira is a band that basically always delivers. We saw their show earlier this year on Tuska where they were quite unlucky. Due to some incident with their bus they did not have all gear along, but there they still managed to do a full show. Lucky here they had everything along and the show that Gojira is bringing to their fans is one that is complete. Great light effects, visuals, pyro’s etc. The band is not holding back on anything to bring you a great experience, but what is more important on that is that all of the show is not distracting from the music.

The band plays a strong set, having a message to bring across and succeeds easily with that. No wonder fans are waiting hours and hours at that front row, no matter the rain, the sun or whatever comes across to see them. With actual themes about environment they are giving this young and old some food for thought and are they showing themselves a worthy headliner. A great way to end the day with. 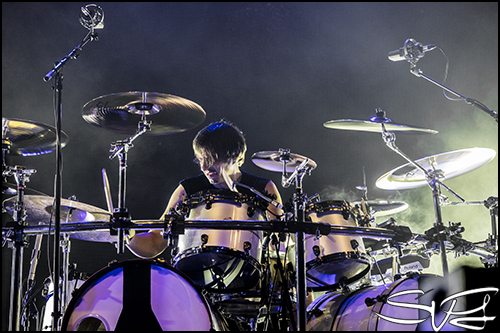 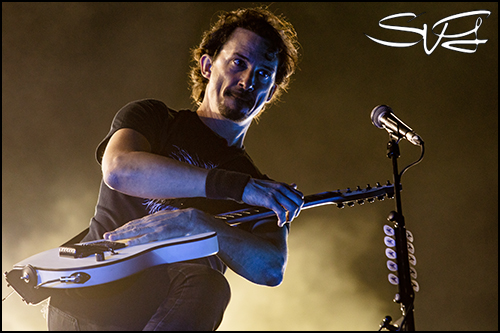 For day two, go this article

Links:
Into The Grave