Finnish metallers Wintersun are back in business!
After the heavily debated crowdfunding campaign and the successful release of “The Forest Seasons” album, the band is celebrating this with The Forest Tour in Europe. I remember my last encounter with them back in 2015 and they were still trying to record the “new” album and toured as part of Paganfest… It has been more than 2 years and so much has happened in the Wintersun Headquarters (literally… the real Wintersun HQ is in the making as most of you know) so I was quite excited and curious about tonight. 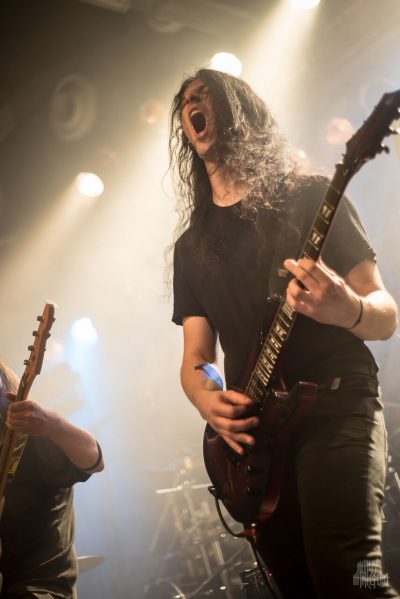 As we arrived to the venue, the first act Black Therapy was already playing. It was my first time seeing this band live and my first impressions were quite positive! This Italian formation has been delivering us melodic death metal since 2009 and they have released two full-length albums so far with the latest one being “In the Embrace of Sorrow, I Smile” released in 2016.

I am not sure if the crowd knew them but I could definitely tell they liked the band’s music and style as there were quite a lot of people considering it was early and they were the first act. They definitely caught the attention of the fans of death metal. A name to note down for the fans of melodic death metal… 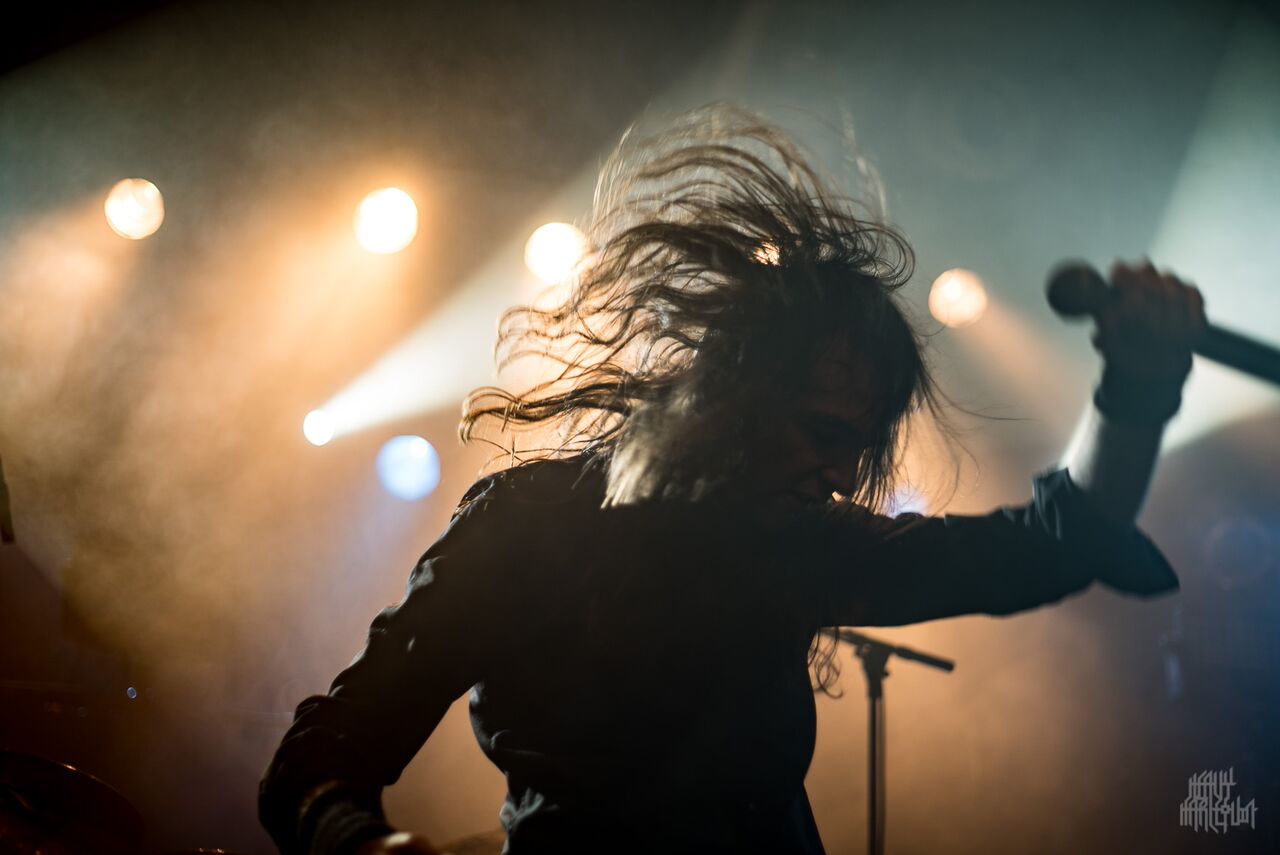 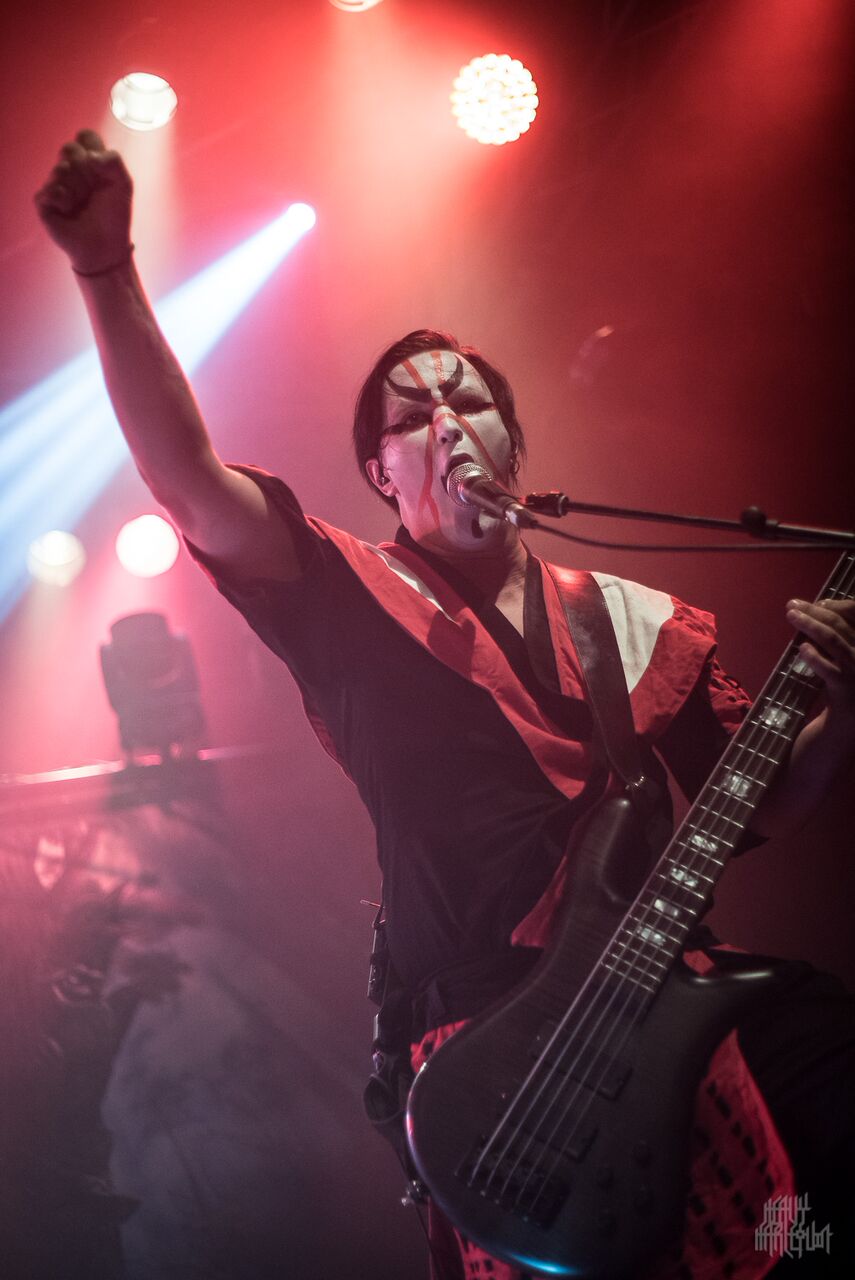 Whispered next… Ever heard a band that does samurai metal? Well.. Whispered is exactly that. Formed in 2004, the Finnish formation is all about melodic death/power metal with samurai and eastern Folk influences. I first saw the band live as a support act for Turisas back in 2012 and they stayed in my mind ever since. Their costumes, stage presence and the energy captivated me then and I wondered if the band was still rocking after many years. They have released 3 full-length albums so far with the last one “Metsutan – Songs of the Void” released in 2016. So this gig was a great opportunity for them to spread that samurai metal madness!

With the red lights and the fog, the band started the set with “Strike” from the latest album and the crowd was into it from the first moment. The energy was definitely still there and I can definitely say that the guys have improved their style and sound since I saw them in 2012. Especially with the costumes and the overall attitude, the set was quite spectacular… well, maybe a samurai warrior was missing! 😀 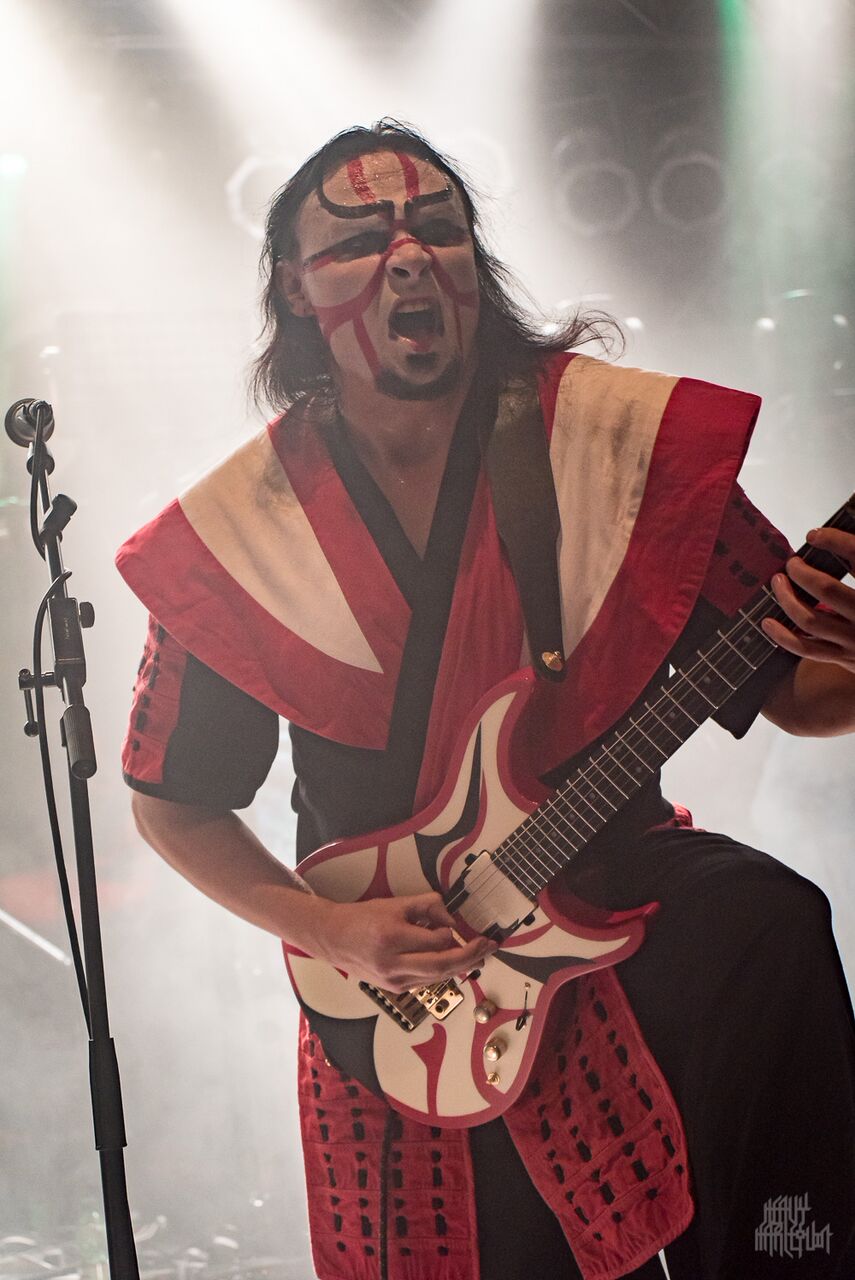 Since the band has a quite history, they entertained the crowd with songs from the new album as well as the old albums. Some songs got better feedback than the others but the crowd cheered along and headbanged through the whole set and so it was a good night for both Whispered and the audience! 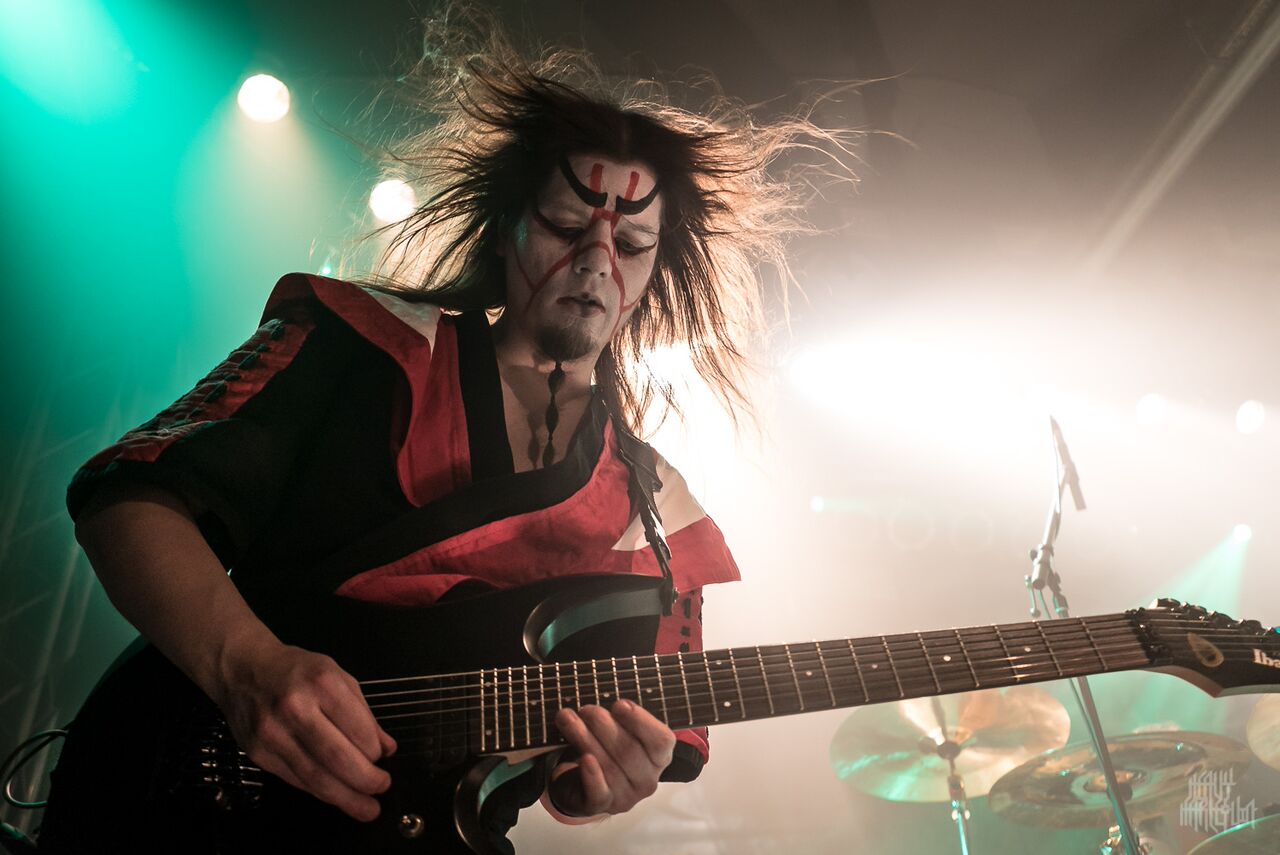 The mighty Wintersun…The fans have been waiting for a release for a very long time ever since the release of TIME I in 2012. The band ended the discussion, gossip and all with the release of “The Forest Seasons”, which got good reviews overall.. Considering that there are lots of orchestrations and programming in the record, I wondered how it was gonna sound like in a gig atmosphere.. 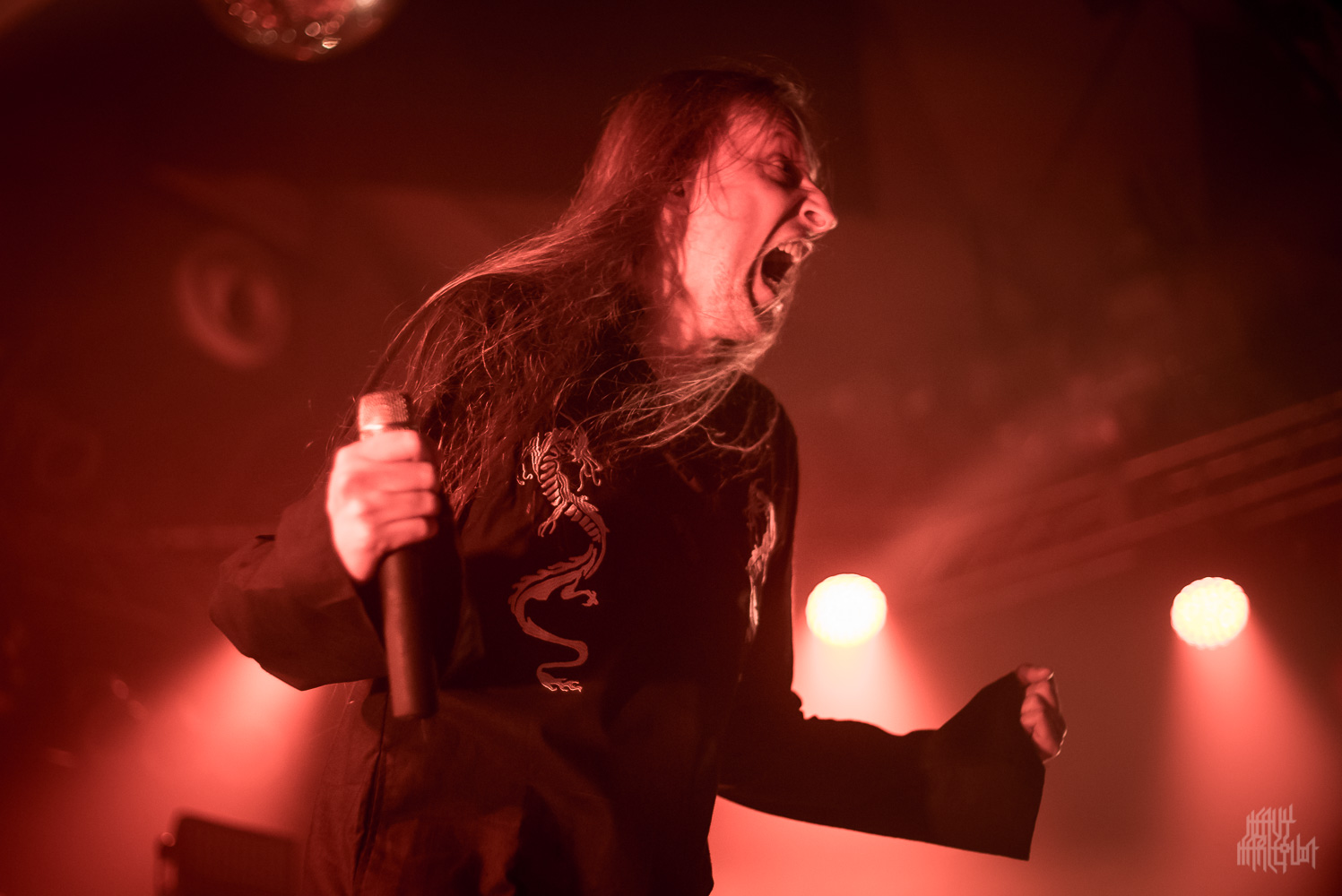 The crowd’s enthusiasm and eagerness were obvious the moment the band was on stage… Everybody was shouting, cheering along and headbanging as soon as they started their set with “Awaken From The Dark Slumber” from the new album. I can tell the crowd already knew the lyrics and singing along; the front row was surely more enthusiastic! Throughout the show, the band delivered us a mixture of the new as well as the old stuff; some favorites were “Winter Madness”, “Death and the Healing” and “Eternal Darkness (Autumn)”.. From the lighting to the sound, everything fit perfectly. I especially loved it when the lights went out at the end of “Eternal Darkness”… it was indeed a moment of eternal darkness! Overall, the new songs got quite a nice feedback in Hannover. 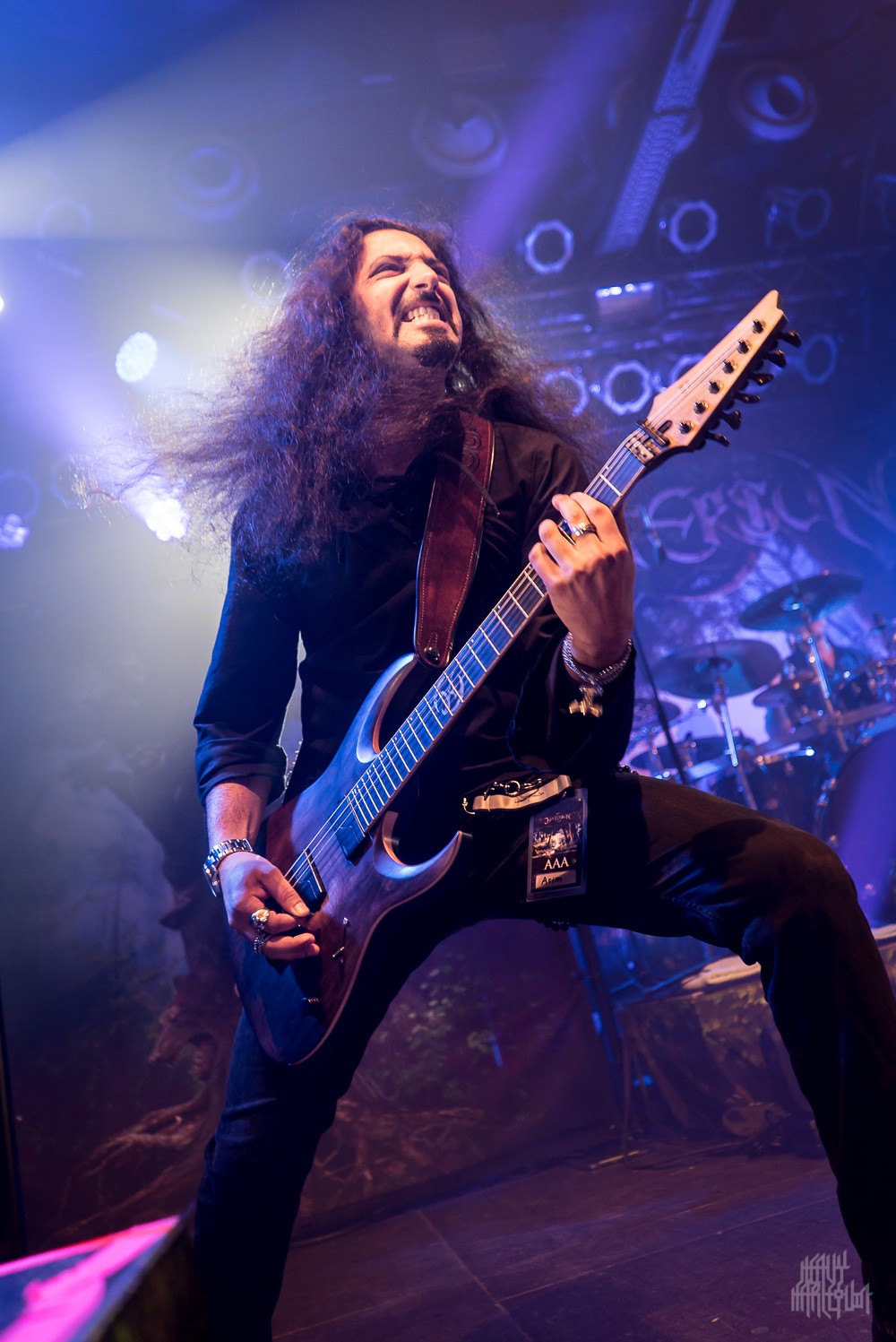 One thing I was curious about was the band’s dynamics. As some of you know, Jari Mäenpää, mastermind of Wintersun, quit the guitar duties in the band and so Wintersun welcomed Asim Searah as the new guitarist. It was surely interesting to see a new dynamic but after seeing the new band live, I can say Asim fits perfectly to the band with his nice but kick-ass attitude as well as his awesome talent in nailing those technical guitar duties in a band like Wintersun. His interaction with the members (especially Teemu… hah!) and the audience captivated the audience from the beginning. Another surprise was Heikki Saari, who some of us know as the drummer of Finntroll. I had the impression he was maybe a bit tired but he did a good job as the drummer! 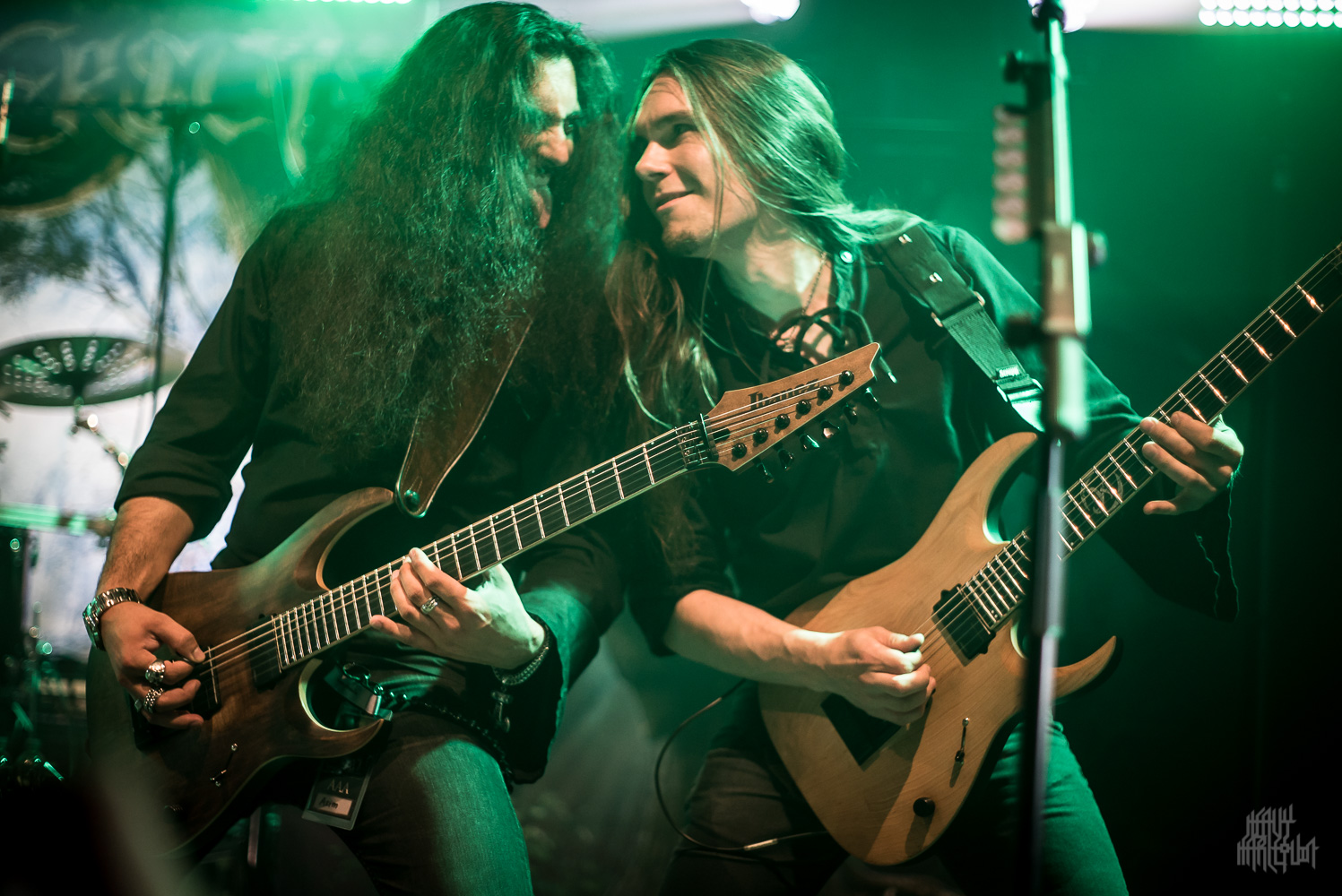 At this point, some words need to be said about Jari. I surely had my doubts about him as the ‘vocalist-only’ and it was surely interesting and odd too see him without his guitar but I think it was a better idea for him to take on the vocal duties only. Compared with the old shows, Jari interacted a lot more with the audience and he could focus more on his vocals, which was surely to be expected. I will definitely miss his guitar duties but considering that Asim is doing a great job, I liked the dynamics of the new Wintersun!

As a fan of Wintersun, it’s good to see that the band is back on track after the ups and downs. My personal favorites were “Death and The Healing” and “Awaken From The Dark Slumber”… Especially the new songs got me thinking… wouldn’t it be awesome to see Wintersun with an orchestra and the choir (Dimmu Borgir or Satyricon anyone?)? The new songs definitely work well live but I think an orchestra and choir would fit even better than a regular metal venue.. 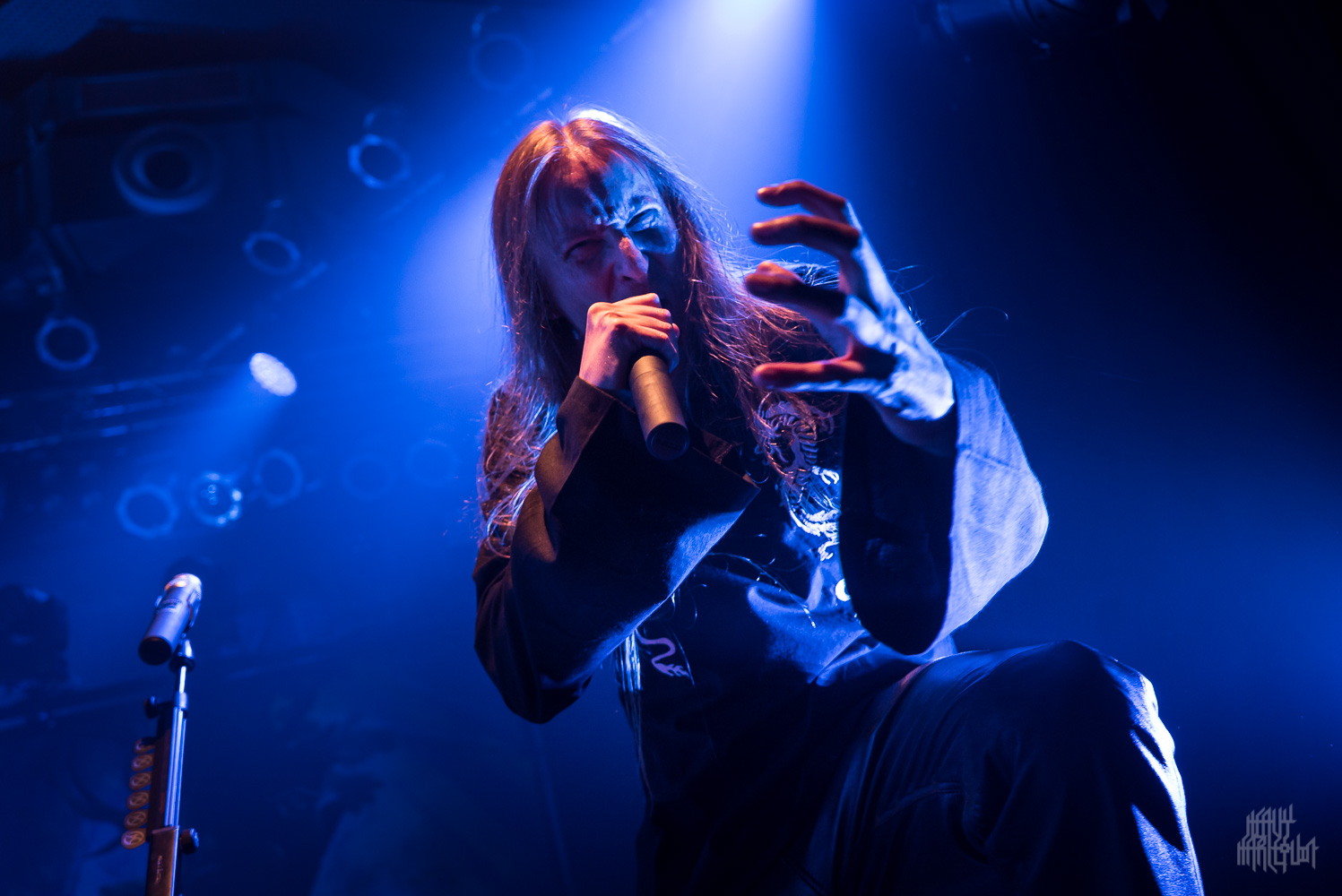 A night full of winter madness, epic metal and forest vibes! Thanks to all of the bands for delivering us a mixture of great music!