Metal Massacre is on at Nosturi tonight and we are about to witness an evening of Thrash including the great comeback of The Hirvi to the scene. 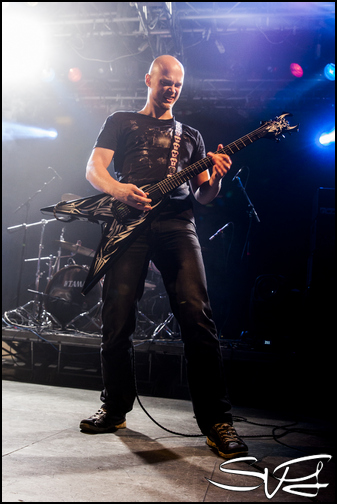 The first band playing this evening is Riser. The band is from Estonia and they have their debut in Helsinki tonight. They are around for about two years and with starting this evening they give give us a good introduction. In their performance they seem to be a bit shy sometimes, the music is a tad bit more daring though.

Brutality is not that much coming out and while the focus of this band is in playing the music, we were hoping to see the fury come alive also. It appears sometimes a bit insecure. But then, the music stands well, it has a recognizable sound, with enough face of their own to say that’s Riser. So to say, the band is seeking and searching and hopefully they find what they are looking for. 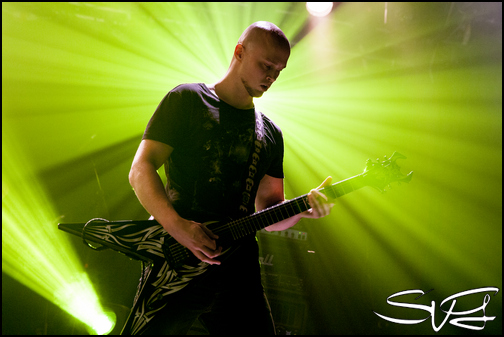 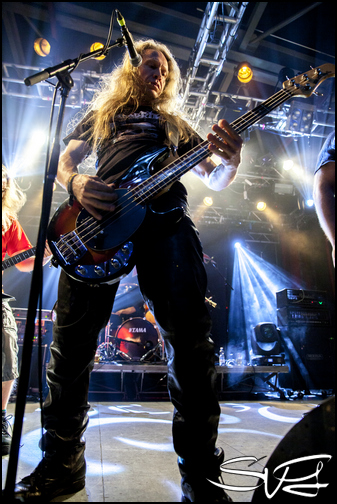 When that was over, Bloodride is on. The band self describes themselves with the words ‘something from the past and future’. So that we can agree with. The band has certainly looked at that traditional Thrash but mixes it up with the sound anno 2017. But, the mix sometimes appear to be a bit messy. Chaotic even. Like we are looking at some sort of jam in a rehearsal space. The structure of the songs sometimes seem to radically change and without much of a logic in that. The pieces itself could work, but its abrupt changes are not benefiting the songs so much.

Their enthusiasm on stage is yet saving themselves. Here’s some energy we could use to get into the right mood. 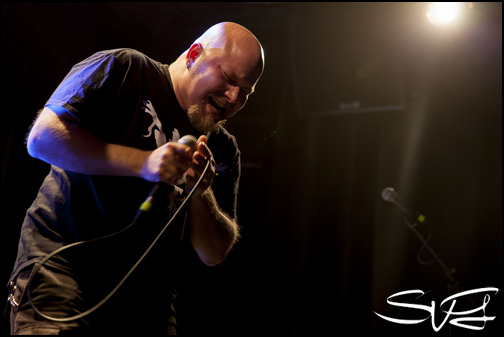 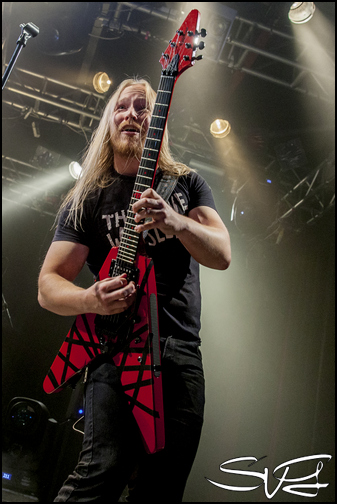 Demonztrator we witnessed at Tuska before. A wild variety of tracks taken all from the Thrash heroes of the Finnish metalscene are now brought back into live by these guys. A great one for the audience, which gets a throwback to bands that may be long lost, but never forgotten or simply those they don’t get to see live so often. Songs, that have been released as demo’s in limited quantity, the jewels that never made it to the charts.

What works for these guys so much is the charisma that the bandmembers carry with them. They are there, so to say and you can’t miss it. You pay attention and listen to the songs they bring. Guests come in sometimes to play along and when you have seen the set from Demonztrator, you can safely say you are well introduced to the Finnish Thrash scene. 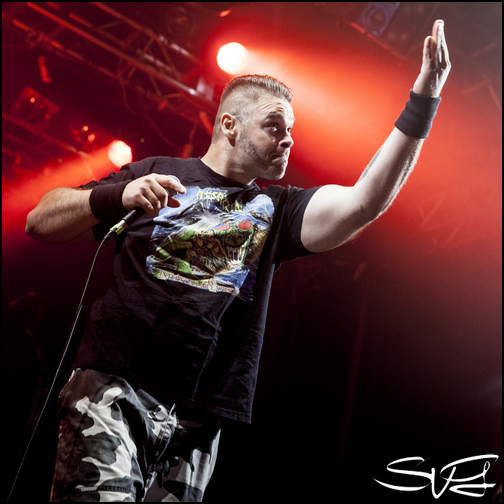 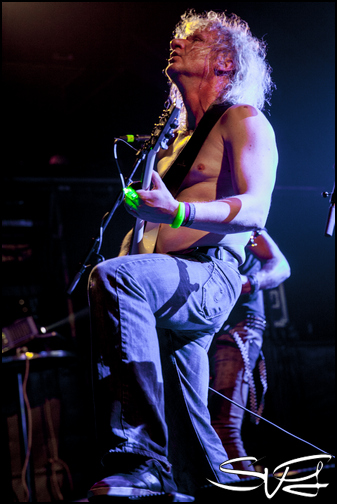 Then it is time for the highly anticipated comeback show of The Hirvi. The Hirvi has been active late 80’s and onwards but disappeared from the radar before they had the change to make much impact at the scene but it appears that The Hirvi has legacy enough to draw quite some crowd here tonight. People get cozy upfront to the stage and listen to these songs of which some are previously unreleased and some have been around on demo’s roaming the collections of die hard Thrash fans.

The performance of the band turned out to be notorious. It’s wild and energetic, the music falls over you like a warm blanket and has its impact the energy on stage is contagious and you can say that these guys surely bring it across! One of the bandmembers got into some wild action during the show and had to get to hospital to get these battle injuries checked out. Says it all we would say, slaying the passion, bringing the music alive here tonight.

A whole tour has been planned, but tonight they gave a serious message to the world: The Hirvi is back! 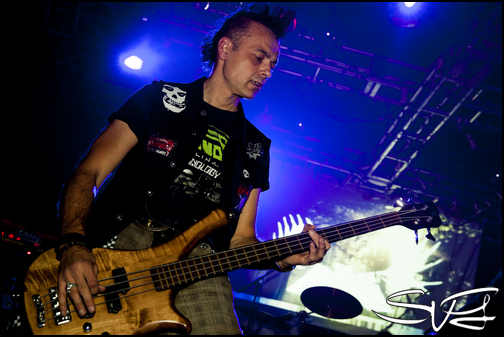 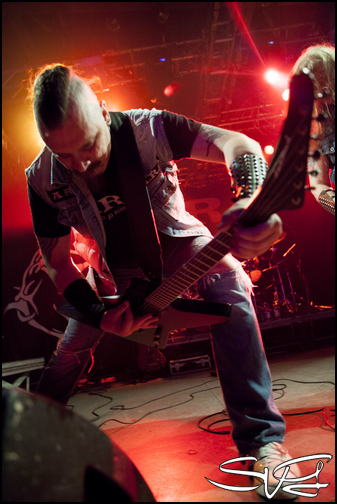 Besides the moose (Hirvi is Finnish for moose), we also get some reindeer metal, coming from A.R.G. Which acclaims to be the only reindeer metalband from the world. Something unique then. What that means though, we are a slight bit clueless upon, but these guys, who founded in 1987, are up for some heavy Thrash. There is a lot of history to read on the band’s official website, and soon the band will release a split with the band Worthless.

From what we saw on the show this evening the band likes to bring a steady sound, well thought of and organized upon the details. They play a solid set, the guys are convincing enough with the music and have the playing take the main part of the show. No theater, the music will do that and it works for them. We still haven’t found out about the reindeer though, but the band entertained us well during their set. 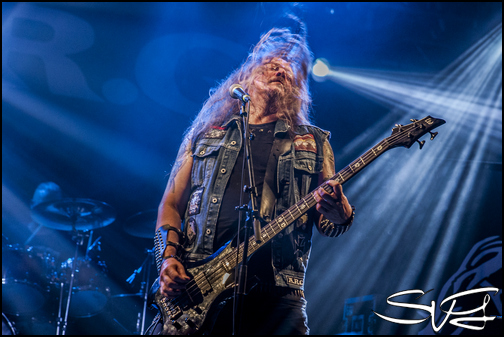 So a night of Thrash have passed upon us and while it is announced that this festival will return next year, we are eager to see what that will bring.