[schema type=”person” name=”Steve Moss ” ]
On a lovely autumn afternoon I got to meet up with Steve from The Midnight Ghost Train. The band is on tour and although their latest album is out already for quite a bit we still got some info on it as well as we were able to speak about future plans. 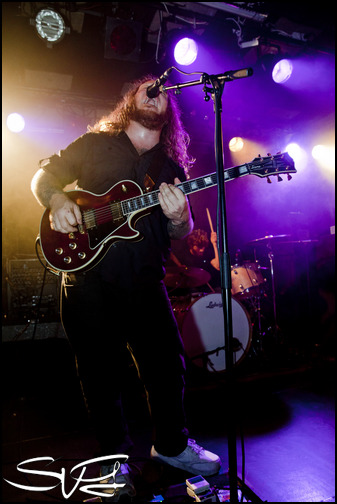 “Cold Was The Ground” is out for a while, but we still liked to go into a deeper knowledge of this album and Steve is still very enthusiastic when talking about the album. It was not a big change from what the guys have done before, a fast and to-the-point way of recording it was here just as on the previous releases. Steve tells “We recorded it all-in the studio, pretty much live. Recorded it analogue, mixed mastered and recorded all on analogue tape”.
And as this all seem to go quite fluently the band is surely a master in efficiency. The writing process took place during the previous tour and so they could simply walk into the studio straight away and get it done. “We worked it out from show to show so we went into the studio and played another live show. It was pretty easy that way”, Steve explains.

On the album self, Steve is quite clear. This one is the heaviest one they have made and they have purposely done that this way. “I wanted to go full throttle with that album, it was lots of fun to do that, make it as heavy as possible”, he tells about it.
When we wonder what song highlights the general feel of the album most, Steve says that “ Straight To The North” would be one of the songs that could do that. We shared this feeling and he explains about this one that it is also his favorite. “I used a jazz scale on that song, it is called a Dorian scale. I use a lot of jazz and blues scales in my songs. It’s was a fun one to write” he says.

Yet, the band is already on the go for a new release and things are going to be done differently, Steve is very clear about that. When we ask to elaborate that he tells “We are more crafting the songs . More studio work than we use to do it. We are toning it back a bit, not so heavy and not so fast”.
Interesting to hear, knowing the last one is mentioned as the heaviest one they did, they don’t want to overgrow that but instead create a bit more of a contrast. He continues:
“We don’t want to make the same record over and over again. In the end it is our music, no matter what. We are going to do whatever the hell we want. We want to challenge ourselves, we can do this stuff in our sleep as we have done it so many times before, so let’s do something different” Steve says as he continues. And when stating this so clearly we ask whether he thinks the fans will be much surprised by it on which he says: “I hope that we developed enough fans that believe in us to trust us and be ok with it”. 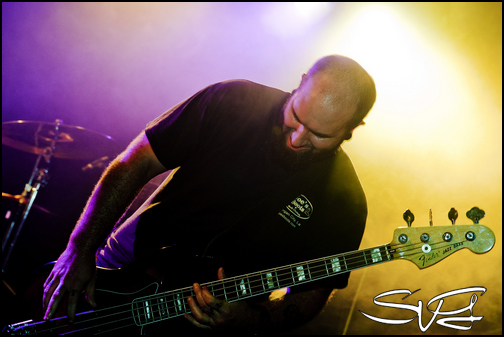 As if they are going to ditch the live-recording approach completely Steve does not come out too much and perhaps it is too early to say anyway. We do point out the live album from the Roadburn show the guys have done in the past and Steve tells that this release was simply coming towards them without much of a thought of their side on it. “Basically Roadburn records asked us to release it and they paid for it, that was the decision. There was not much into that, it was a fun show a good one and it was recorded. They said we pay for the release, here is some copies of it and we were like, Ok let’s do it” Steve tells about it.
We asked if they would consider doing an actual live release as it would be on their own initiative and he responds positively on that. “Absolutely, our live show kicks ass and we might do a live DVD some time. I think that would be really neat,” concludes Steve.
As the band is often on the road and the show of that day proved us that a live sensation is surely a correct term to describe this band we can only look forward to that. But first let’s see what is ahead when the new release comes out. 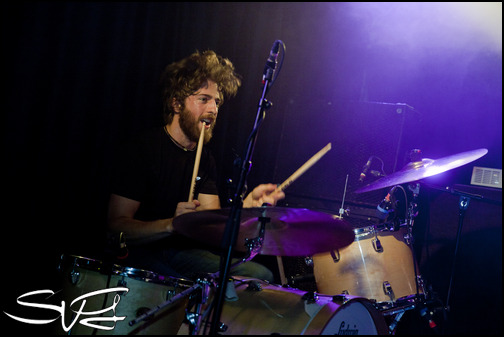