Humavoid is a band that’s hard to put under a genre. Their music consists of many pieces from various styles, beyond the boundaries of metal. The fact combined to a professional, and one of the most impressive live-shows we saw, on the stage of Emergenza left with a feeling that we just had to interview them. 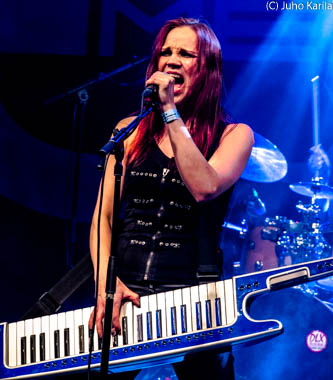 R: You were in Emergenza a little while ago, what kind of feelings you got from it?

S: I got good feelings. We didn’t quite reach onto the highest podium in the competition but it was awesome getting to play in Nosturi and we surely gained lots of new listeners.

N: Yeah, you go there for the sake of publicity and that we sure got. And plenty of good footage, both video and stills.

J: Yep, good feeling, lots of new people and it was great getting to play in Nosturi. A first touch to bigger stages.

R: How did you get started?

S: Niko and I were part of another band so we got to know eachother musically but that withered away so we founded a new one.

N: Yep, we actually had an albumful of material that we were recording when it flopped.

So we decided to finish the album and then start a new band from there. Our debut album sounds quite different than our more recent material, which is because it was composed for another band. Our EP, Glass, which was released last year, represents more of what we want to do.

R: So this EP is much more like you?

S: Yeah, the sound became more clear to myself with that EP as well, in a way, and it could had been presented when I got the right guys around it.

R: Anything to add?

J: Yep, we jammed together with Niko during the debut album process and we synced really well. But somehow there were so much more than that. I was playing in two other bands so the ideas were kinda left to brew. When I got relieved from those other projects, I could join properly because I knew Humavoid was looking for members.

R: Then, what’s going on and what’s coming up?

S: We’re recording and filming a music video during the summer, more gigs then in the autumn.

N: Yeah, we’re lucky to not have any gigs booked for a while so we got time to write new material to get more of our sound out. 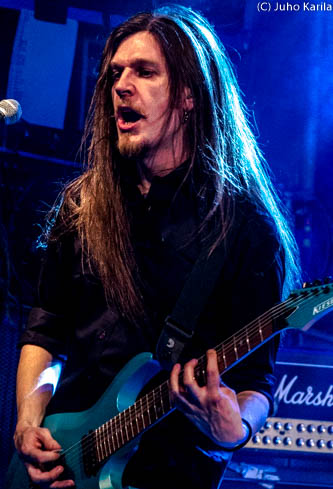 R: Do you have an EP or an album coming?

N: It remains to be seen. At least a song or two for starters while we’re making new stuff.

R: Then a bit more about those future plans?

S: Well, we’ll aim high and far, of course. We have a feeling that now we have a band we want to be in and give our everything for it and hope it gets us far.

And even if it doesn’t, we’d still probably be doing this because it’s important to us.

N: To get an album out and someone to distribute it and to help with promotional stuff would be really great.

J: My really longtime dream has been to get to play abroad, when I know how bigger the scene is out there and it feels like there might be more audience for this kind of music.

R: Metal has traditionally been kinda Nordic thing, perhaps? Here we know how to do it…?

S: We sure know how. Finland is a famous metal country but it feels like there are so many bands that there aren’t enough listeners to hear them all. Feels like that our kind of modern metal type intrests also in other countries too.

R: Then, a totally horrible question but it’s one of my favorites. What are your sources of inspiration and influences?

S: Well, I’m a classical pianist by education so we draw quite a lot from piano music and modern, so called classical, and jazz and this fusion music but Niko can tell you more.

N: Well yeah, if I need to name some metal bands then Metallica and Pantera have been scoured through, of course, and then came somekind of death-phase. And then Meshuggah which changed everything but everyone copies them nowadays.

We want to add harmonics and melodies to this kind of twitching and fidgeting, not in Iron Maiden -style but using a little surprising chord rotations etc.

S: I, for one, listen to Meshuggah, Textures and Periphery a lot. These kinds of modern metal bands and somewhere in the modern metal our music lands too but we draw a lot outside of metal as well.

N: And it’s not limited only to music. One song on our debut album got started when I was watching a nature documentary where a wolf chased a reindeer and it was somehow really sad. 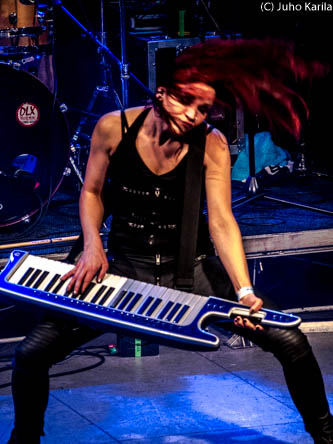 J: Yeah, everything’s inspiring and it’s a cliche that metal bands are influenced by other metal bands but we take a lot from everything else because it creates all kinds of new fun.

N: Exactly. I think we’ve managed to get a good sound, that we can take influences from anything and squeeze out a metal juice. For example, we have a riff on our EP which got started from “Mun mummoni muni mun mammani” -nursery rhyme, and now each one of you needs to listen to that EP from beginning to the end and find that riff.

Ju: A fan of yours requested me to ask from you how much of an influence has Periphery been to you because he claims to be hearing djent in your music?

N: It’s a funny thing that bands of that orientation probably have same influences as we do. I have to admit that it’s a great band and I dig it, maybe it influences.

And it’s not the first time when people argue if they hear djent or not but we can’t reply with anything but our music. They can call it with words then by themselves.

R: The traditional, free word for Humavoid, here you go.

N: Hmm, I heard a thing, when it has been argued about, where that saying “Ok” comes from. That they’ve had so harsh living conditions in somewhere in the world that men wrote ‘0 (zero) kills’ when they returned home from trips, and it has been shortened to forms ‘0k’ and ‘ok.’

This wasn’t relevant to anything but when you said the word is free, I’m just ok.

J: And those who have seen us somewhere, come again.

S: And thanks to fans, it’s great that you dig our music, and really come to our gigs and you’ll notice that it’s easy to headbang along; even if we have changes in time signatures etc. but we’ll surely be examples.

N: Yep, take a look at the band, take over all the gestures and such. And if you’re a fan, it’s obvious that you’ve liked us on Facebook and you’re following us on Instagram, right?

S: And also in Snapchat. 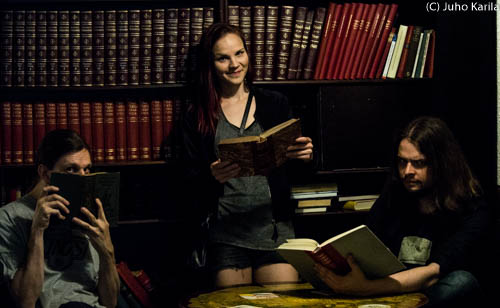