In Nummirock, the finnish industrial metal pioneers Turmion Kätilöt gave us a little info about the rest of the year and how their band dynamics work.

R: What are your feelings after the gig, you had quite a huge crowd out there? 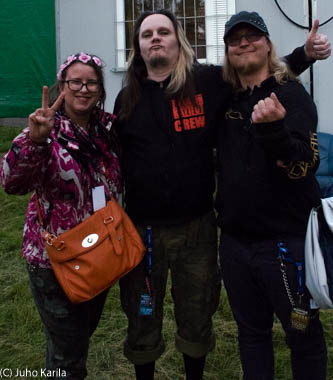 H: It really was quite a pleasant surprise. When we looked at, an hour or two before showtime, there was barely anybody and we wondered had they arrived yet when it was only thursday but the whole field was full, goddamnit. It’s very important at this point when it’s the first festival of the summer and everything is still taking its place and you’re still feeling a bit tense. But we had fun and every guy managed to the end without fainting and it gave a feeling that this is going to be a great summer.

R: Yeah, I looked at that you had some challenges up on the stage, crutches etc.

H: Well, you just can’t do anything about health problems but even our crippled one still managed and during the second song the crutch was thrown down to the audience. Then he pulled the rest of the show, our singer (MC Raaka Pee), without the crutch and leaned a bit against my microphone stand to keep himself standing.

H: Well, the summer is pretty clear and a calendar is found online. The autumn is still a bit open, we have some plans and this and that. Lets see, seize the day, and let’s finish this fine summer and then look at what we’ll do. We’re always dong something and not going to have a vacation.

R: Well, I didn’t doubt that. Then about the songwriting, how does it work for you?

H: Those song motifs are made by our sturdier vocalist and our keyboard player and by Bob (Undertaker, guitarist) does them too. On last album we treid weekend session -style for the first time, that we enter the studio and close the doors and work those raw song and see what comes out of them. We found it working well and being a good system and I could assume we’ll do something similar when we sometime start doing our next album. We may shut out into hiding from this world for even a longer time. 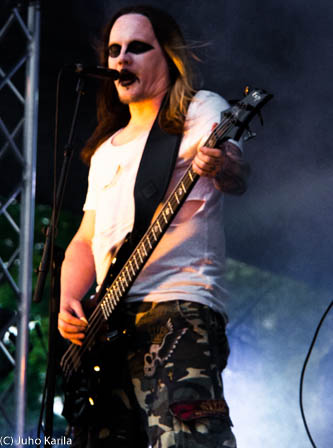 R: When you have a longer career, I’d like to know if something has happened to your music or sources of inspiration or influences during that time?

H: Influences are a thing which is constantly changing somehow. A human gets influenced by his environment and all the things he sees and hears. Music has progressed an inch, sometimes two, to some direction with every record. But to which direction, good or bad, left or right, forwards or backwards, that I can’t tell.

But we intentionally strive to have something new on every album because it would be damn stupid to do similar albums. However, you can make similar songs differently etc.

R: And then a moment of free word for Turmion Kätilöt. What do you want to say to the world or to that huge audience that was out there?

H: You have very simple questions… (laughter). What do you want to say to the world or to the audience. To that audience I don’t want to say anything but THANK YOU, it was great, it was great, especially in this situation. We had a break for couple of months and we didn’t even see eachother and one was in the hospital and other has a new leg. I was quite damn tense and when I heard the applauds after the first song, that this was good enough despite everything being a bit out of the place. That is the fuel for this moped, I can’t thank you enough.

R: And the same words for the rest of the fans as well?

H: Yes, we live with them in somekind of a miraclous symbiosis and feed eachother. 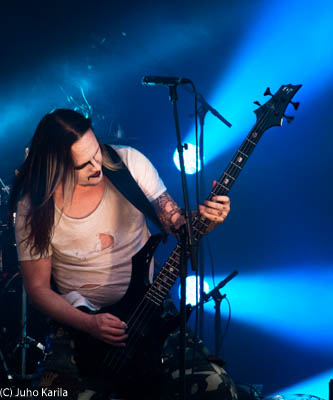