The combination of a great location in the middle of castle ruins and 3 days of pagan/black/folk metal would be waiting the enthusiastic metalheads at this year’s 5th Dark Troll Festival. One thing that truly distinguishes this festival from the others is the fact that it’s quite small but it has everything that a metalhead wants. Furthermore this year, some famous bands as well as newcomers were ready to make everyone headbang for sure!

On a windy Thursday afternoon, the pagan black metallers Germanitas were the opening act for the festival. The band seemed quite anxious but thanks to the enthusiastic audience, they were able to loosen up a bit and enjoy being the first band that opened up the festival. Considering the band has been formed in 2009, they seemed to have put up a good show although the vocalist seemed a bit unenthusiastic or maybe it was because of the nervousness.
Overall, the band seemed to entertain the audience with the folkish guitar riffs and the awesome vocals. My personal favorite song of the show was “Trinklied”; the melodies in this song live were really catchy and fun! Furthermore, the band also played the next day since the opening act Craving for the next day had to cancel due to the drummer’s health problems. So the fans of Germanitas had the chance to see the band twice in the festival!

The German blackened pagan metallers Buchonia were next. The band’s name is interesting at first glance; the band is originally from Fulda, Germany and their name “Buchonia” is a state in the region Hessen, where the band comes from. It is originally a celtic name and is associated with the forest so it is no wonder the band’s name reflects the music they are making perfectly. The audience seemed more enthusiastic with Buchonia and their melodic songs were what made me become more interested in this band. Furthermore, the vocalist Torn seemed really comfortable but ‘wild’ on stage; considering the band has been formed only three years ago, they seemed really professional.

The most interesting band of the day has been probably the German lyric/gothic/black metal formation Eden Weint Im Grab. It was interesting to see and hear that probably half of the visitors hated and the other half loved and wanted to see this band. The band has been around since 2002 so when it comes to stage shows; they know what they are doing. It must also be mentioned that the outfits of the band members reflected the band’s music and the show quite well. Furthermore, the violin and the cello played by Kathrin Bierhalter and Markus Freitag were quite odd and added that ‘gothic’ vibe to the band’s show which might have been a bit strange to see and experience at a festival which consists of mostly pagan metal bands! Nevertheless, the combination of growls and the violin&cello were really extraordinary and definitely proved that this band is quite different.

After some gothic melodies, it was time for the ‘ancient melodic metal’ band Abrogation. The first impression I had from this band that their live show is quite heavy and harsh. The combination of growls and the dark melodic riffs were the highlight of the show. The band, formed in 1997, has released 6 albums so far, the latest one released in 2011 so they knew how to entertain the audience with some old material. Although it was getting colder and colder, the audience did not intend to leave the area and headbanged through the show.
The band has also caught my attention in the way that they were probably the heaviest band of the day. Sure, they were not the headliner but the fact that they have been around for a while and their heavy melodic metal music was impressive.

The headliners of the night were the melodic black metallers Cryptic Forest. Although the band has been formed in 2003, it was not until 2011 that their first EP “Dawn of the Eclipse” was released. The EP is all about “glimpse into the artistic past of this cryptic institution from the Black Forest” and this was also what the fans would feel and experience at Dark Troll Festival. Anyone who were missing that old black metal era were surely pleased to hear and see Cryptic Forest; the guitar riffs and the drums gave just the right amount of black metal dose for everyone and the vocals sung by LukHass added the darkness to the music. The audience was also eager for the band; everyone kept headbanging and singing along to the songs despite the cold and windy weather. Well.. maybe the cold weather was perfect for the band’s style, right?
Personally, I can say that Cryptic Forest was my favorite of the day. I have never seen this band live before but they impressed me from the first moment; it’s always nice to see ‘modern’ black metal bands bringing the old black metal into the stage! 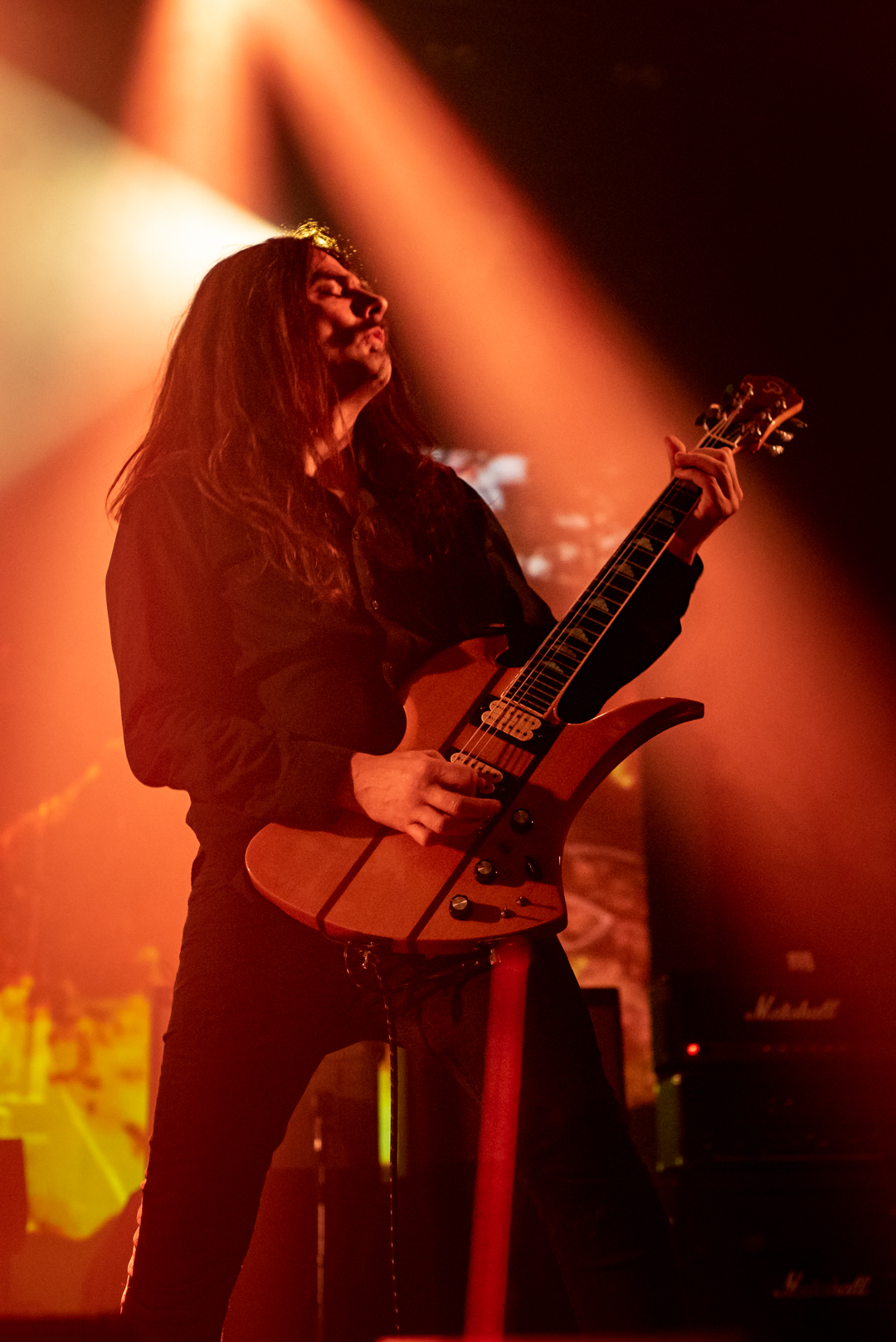