[schema type=”event” evtype=”Event” name=”02-12-2018 Mortiis” description=”Support: Old Tower; ” street=”DB’s ” city=”Utrecht” country=”NL” ]On a Sunday evening we were heading to Utrecht for the show of Mortiis and Old Tower. Originally planned in Tivoli, but ended up in DB’s. Support was Old Tower. 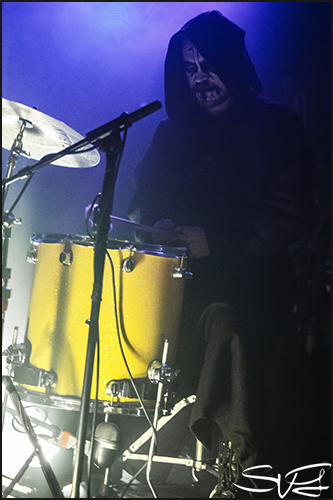 Old Tower is a Dutch formation, so an home gig for them. On stage is this pedestool and a drum, waiting for the whole to start and in darkness they arrive, the souls to play the music here tonight. Doom and hell awaits and it starts with some deep sounds that lead you into what will be ahead for the next 14 minutes. “The Rise Of The Spectral Horizons” it is called, a new release that saw light only a couple days ago. So most of the audience was still unfamiliar to it. But then the warmer tones came in and the mellow feel embraced you. It does not take long before Old Tower lures their listeners into the song. Listening quietly and with a lot of attention they are allowing themselves to become of the eerie sounds of the night.

Sometimes they bring in rather abrupt chances, like when some female chanting is coming in, the mood changes quickly, but it is not too drastic when you look at over the whole set. Old Tower is a good match with Mortiis, a good warm up for the main act. 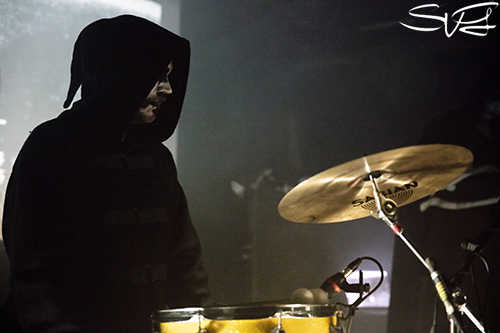 Mortiis is a formation from Norway by Håvard Ellefsen . Mortiis’ music has been seen in very different shapes over the years but it started all with the Dungeonsynth. 1995 album “Ånden Som Gjorde Opprøreen “ is the start of the evening, the album is got an entire tour more than 20 years after it came out. So sending us back in time, but what careful listeners notice: not completely forgotten about anno 2018. Live music is hybrid and Mortiis does not let the old be the old. Mixing some of today’s vision into it is a true add to this music which the fans have known for so long. The piece exists out of two parts, the first part being most calmly followed by the audience, but that second part hits the spot most. Heads bobbing up and down with the music, it feels like the whole venue is into their own world, taken by the soundscapes of Ellefsen. The intensity of what we witness tonight is purely in the music, the stagepresence is not energetic so if one does not get into the music you are truly missing out. Luckily it seems that the evening attracted mainly the long time followers of Mortiis who are familiar with the music. Will the music be brought live much more after this your? Who knows. Whatever comes next from the Norwegian is always a surprise. 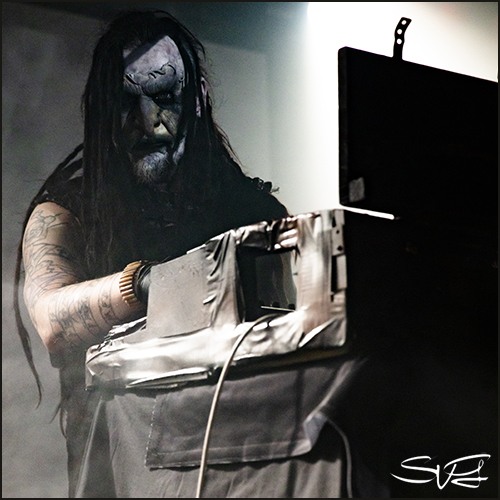 Mortiis is digging deep into history lately, having some re-releases out. “The Song of a Long Forgotten Ghost “ will be the next one. Fans who never got a hold on this material have a new chance to add it to the collection and with shows like these the whole comes alive, rather than it being the unheard early tracks. It is available Dember 14th worldwide or 7th for who buys from Mortiis’ own webstore. Right on time for Christmas! 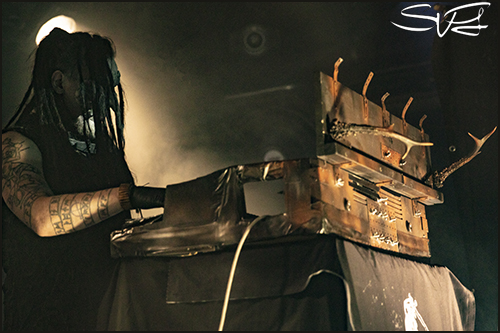