[schema type=”event” evtype=”Event” name=”19-05-2018 Amsterdam Metalfest” sdate=”2018-05-19″ street=”The Max, Melkweg” city=”Amsterdam” country=”NL” ]New year, new edition of Amsterdam Metalfest. We have been to this event in small Sugarfactory..in the old hall of Melkweg and now we went to The Max to see even more people enjoy this growing festival. 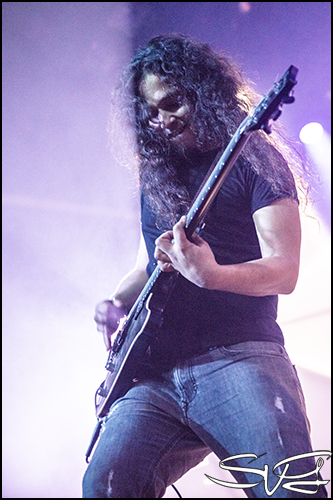 Onegodless is the band that opens the evening tonight. While the hall is filling up slowly, the guys are ready to warm up this audience. With their Stoner/Heavy combi it is not that hard to show the people that they do not have to expect a calm night. Catching that spotlight is often not their vocalist but their bassist who with his performance is one that makes an impression. Right up in his world, making us wonder if it matters how many people are playing next to him at all?! Regardless, it comes together because the rest of the band simply hooks onto it.. The contagiousness of it results in a performance that has a lot of energy, bringing out the music well. A good way to start your evening. 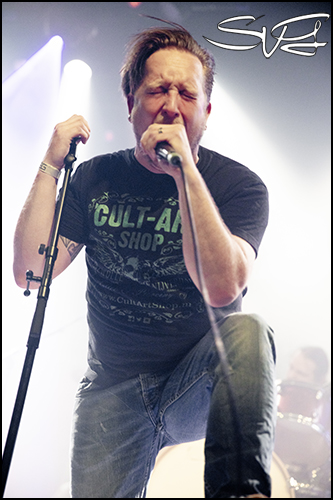 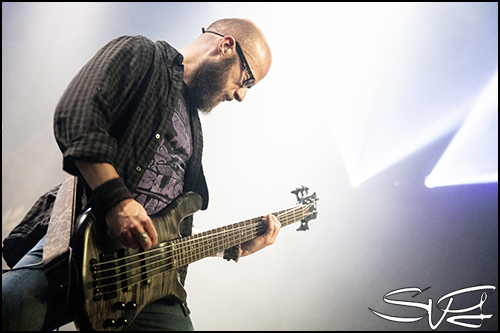 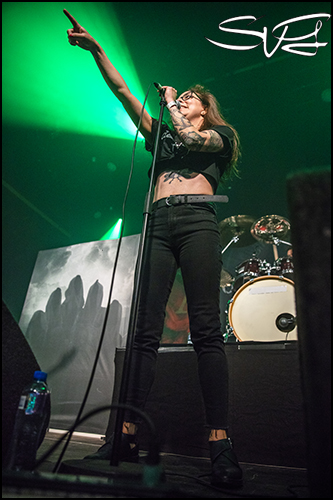 For I Am King seem to have attracted their own audience. The band is on a rise and is already booked to many festivals this summer. A powerful lady fronts this band, but what really comes forward watching them is that they are working as the perfect team. When one calms it down, the other takes over and vice versa. It comes to them naturally.
A debut has been released, though it dates back to 2016 already. Which has the benefit that the audience really knows all the songs. They are currently working on something new as you keep an eye on their pages. The fact that music is familiar to many help in creating some movement during the show. Them people can’t stand still some young fan even made it to the stage. Entertaining they are, brighten up the evening with their catchy metal. 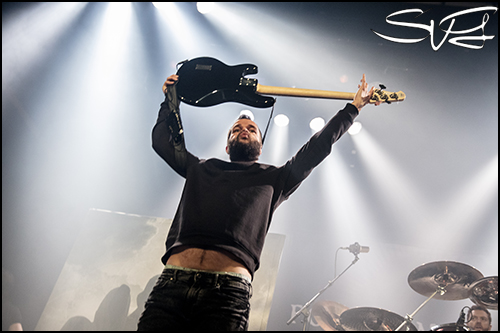 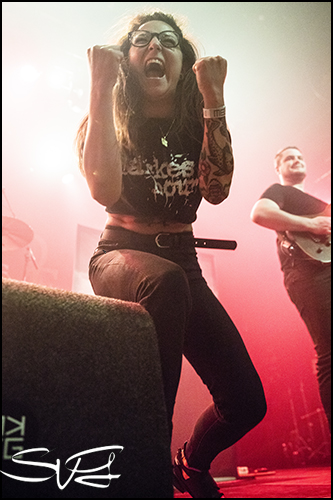 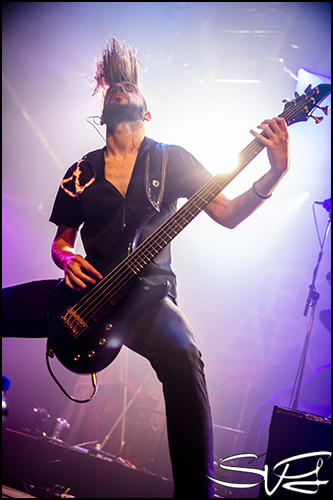 Hideous Divinity was not love at first sight, they needed a few songs to drag people on board. The Italians make Death Metal but seemed a bit struggling to show us what their own face on it is. After some more songs the lines become more clear and everyone seem to get along with it a bit better. The response of the audience eventually comes alive. About a year ago the guys released their third album called “Advieniens” which they bring up. However at the end of the set, I can’t help myself but staring at my watch, the diversity was not enough to keep me interested the full set. A pity. 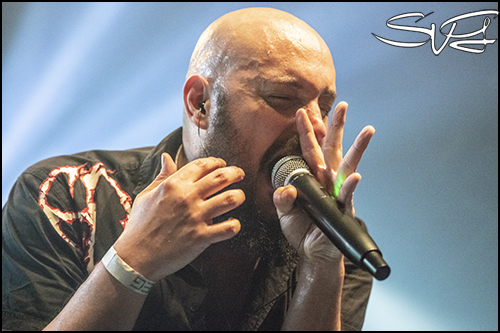 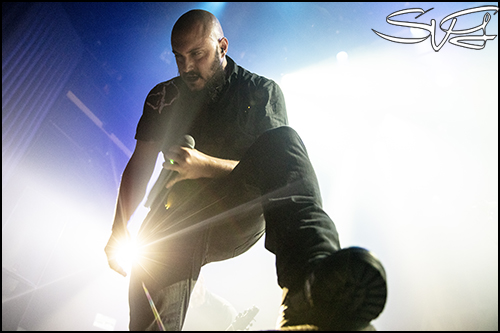 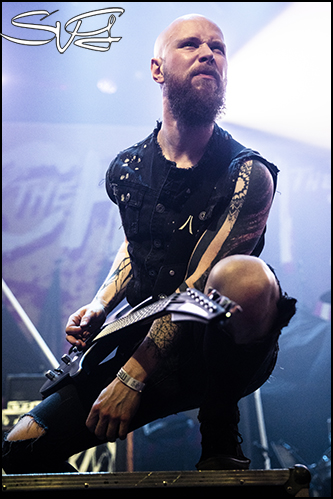 The Charm The Fury is also a band that has grown rapidly. We have seen them around plenty of times and we will see them a lot more this festival. Tuska is on their list as it is on ours so today was merely a teaser for all that. It is clear that the audience have seen them quite often when vocalist Caroline is inquiring about that. Another hint is the many bandshirts visible in the crowd. “The Sick, Dumb & Happy” came out last year and it did not do bad for the band. Tonight they play these songs with pride and passion, having no trouble in engaging the audience. A good moshpit comes alive but most memorable is to see a whole lot of their fans on the stage for some stagediving action. Tonight was exactly the kind of performance we are used to from this band. And one we are happy to see again some more. 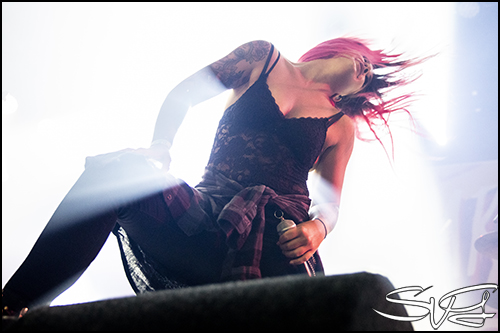 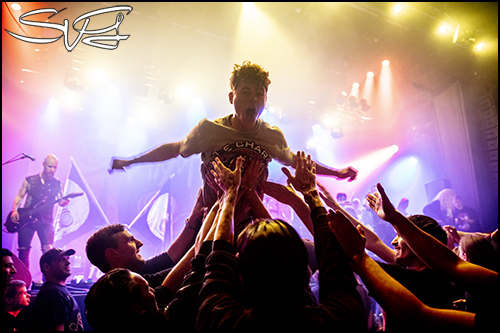 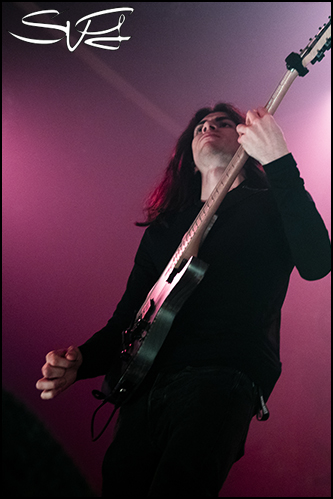 Maybe the biggest surprise of the evening came from Obscura. All around us we heard a bit of ‘yeah it’s ok’ kind of talking before the show started, but the guys soon started to impress people. Their Progressive Death is played with an intense joy. Maybe not the wildest performance but intense in the music nevertheless. You feel the passion of the guys for their music come through, a contagious feeling, the enthusiasm around was growing wildly during their set. The applause and the cheering got louder and louder and it is clear that the guys convinced any this evening. Luckily the band has a new album coming out this summer. It is called “Diluvium” and it is already possible to preorder it. Have a look at their pages. 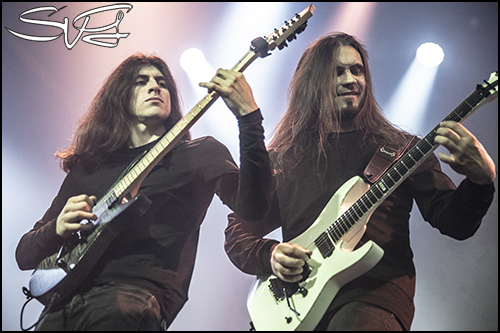 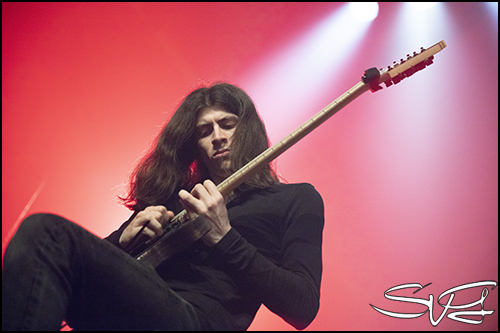 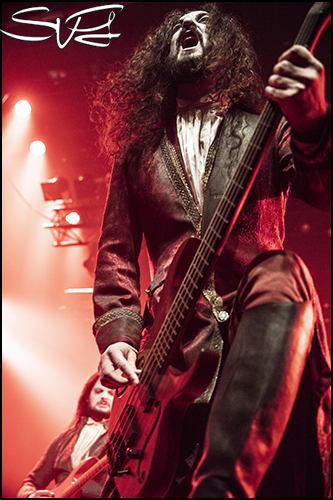 Closing the night is Fleshgod Apocalypse. The classically inspired Death Metal of these Italians is starting by seeing a bit of theatre, the story is started and the band comes out. A few times they have their soprano voice come forward and bring her parts alive. All is theatrical. Some live piano added to the sound is something that gives the whole a bit more dimension. On the first rows it is a bit hard to capture all of it, the sound is not always balanced to the maximum but more bands had that problem. However, it seem to matter a lot for their show.
The band tells that all of their gear got stolen when they were in Sweden, but luckily they did not want to be stopped and now they are playing this show. The audience is enjoying it well, a highlight for many. At the end of their set the guys are able to give some more, which is appreciated greatly. 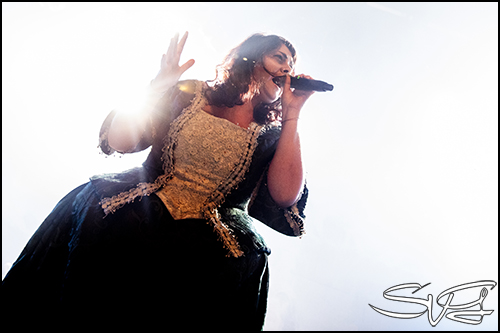 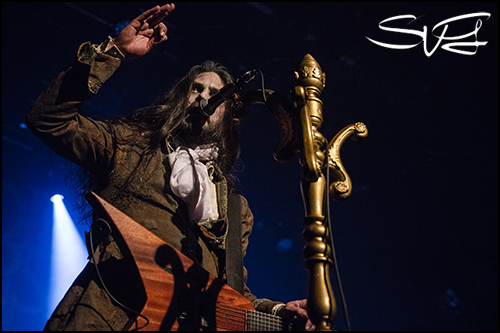 So comes an end to this night. Another great edition of the festival. Surely The Max wasn’t filled completely but a lot of people were there and gone home with a good festival experience so we hope a next time it is a sold out night.