[schema type=”person” name=”Sami Hyde” country=”FI” ]Finnish formation The Nights is releasing their album and Sami Hyde was prepared to answer some questions for us.

Can you tell us a bit about the formation of The Nights, how do you know eachother?

– Ilkka called me back in summer ’15 and said, we should form a band and make music that we both love.
So basically, that’s how it started. We’ve known each other since 2012 through a different project I was working on at the time.
Ilkka was the producer for it and we just clicked right away. We’ve got a great chemistry together.

What can you tell me about the creating process of this debut release? Did all go as planned?

– We don’t live in a same town, so I did send songs to Ilkka via voicemail and he did the same to me.
Sure, we wrote many of the songs together as well. We had a lot of fun doing this album. It was easy, heartfelt process and it all happened mostly as planned.

How did you go into the studio, all prepared or more open to create still while recording?

– For many songs the foundation was built before we went into the studio.
We had 4 weekends (4 sessions) and after those, the album was recorded.
I can say, we were pretty much prepared but we did write some stuff in the studio as well.
Jan-Erik and Harri came in to record their parts later on in the process. They are great guys, great band mates and they did an amazing job with the bass and the drums!! 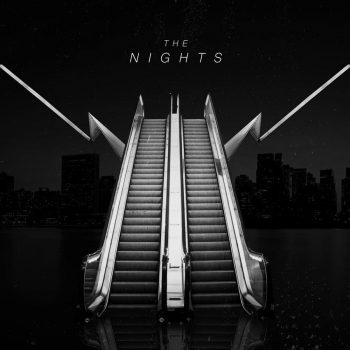 What do you consider to be the key factor of the album? Something that binds all together?

– The first song we wrote was NOTHING BUT LOVE. From there it was pretty easy for us to know what we want from the rest of the album.
In a nutshell: This album is the music we want to hear.

Sami, I have seen you have a long career in music already as well as we heard some albums you worked on. Where are the surprises for people that know you long time when the hear this release?

– I really don’t know. This is me… then, now and tomorrow. I just love to make music, perform and have a good time with it.
There’s no surprises, I think? Well, I’m a bit older now, if that counts…

When listening to the album the title song “Juliette” jumped out. Can you tell where that song comes from?

– Funny thing, cause that song was almost a left out. I had the main riff and the idea for the song on my recorder and luckily Ilkka heard it. We took it from there.
Ilkka wanted to bring in girl’s name for the title. So… what rhymes with “private jet”? Hmm… Juliette?
It’s a bit of tongue-in-cheek, but so what? It’s a great song anyway!

Most of the lyrics seem quite straightforward, where do these come from?

– You know, I was a student in the University of BJL (Bon-Jovi-Lyrics) so I’m not creating anything new here 😉 I just wanna write about love, good times and heartaches.
It’s also very important to me to write lyrics in a way so that people can relate to them.

There seems to be a lot of love in this album, are you man that puts this passion into music easily?

Being on Frontiers Records, you are aiming internationally with the release of this album, what are your expectations of how your music will do in other countries?

– Well of course, we want it to be success all over the world!! No doubt about that.
The reviews been amazing here in Finland and in other countries too. I think we’re on a right track with this album!

Are we going to see you somewhere in Europe (outside Finland) soon?

– We truly hope so and our agency is working on it as we speak. It is our driving force to get THE NIGHTS on stage…
…and when we get there, all I wanna say is: WELCOME TO THE SHOW!!