Mika Tauriainen  (this interview appeared earlier on Reflections of Darkness and was in collaboration with: hardharderheavy.de)   By: Sabine van Gameren and Carina Ullmann

– How are you?
Ok… I am very tired and having a fever. I hope that everything goes fine.

– Welcome in Netherlands, It is your first gig here. How do you see this
opportunity to play for a new audience?

It’s very nice, I have never been to Holland. Not even once in my lifetime.
It’s kind of nice, but I like to see some football.

– How come that you have chosen Janne from Uniklubi to replace Jaani for the German shows?
I know Janne before and I know he is a good guitarist. We had to have a replacement very fast. I think he is the best one to do it.

– The last time you have been in Germany it was for supporting Zeraphine, How does it feel to come back as a main act in Germany?
I don’t know if we are main act in Germany, because we are on tour with Jesus on Extacy and Dope Stars Inc. We kind of share it. We both “hate”   headliners.

– Are there any plans for festivals outside Finland?
We are going to play in Estonia. It is in the end of June.

– You are one of the many Finnish band that doing the step to enter Europe and try to succeed here. How come more and more Finnish bands are doing this step?
I think they have always tried to do that, but nowadays it is easier, because now the music quality is better then before. Of course there is HIM and Nightwish and The Rasmus which have been doing a great job for the other bands. The thing is.. I think we have a Finnish scene in metal. I think it is because of that. The rest of Europe releases some music from Finland.

– How does a typical tour day looks like for you? From getting up to getting to sleep?
Load of waiting. First you get to the venue, then you eat something. If we have time we take sightseeing on the place. Then it is waiting, waiting and waiting, the sound check and then we wait… and do the show. After that we will pack the stuff and we’ll see what happens after that, if we are going to stay at the place or continue to the next venue. It is not very glamorous I have to
say. *laughs*

– How do you choose the songs for the set list? Do you choose them every show or is it that you choose a package that you are always playing?
We have the same the same package, but we have some differences. The main thing is that everyone from the band is so busy all the time that we don’t have much time to rehearse. That is the way it is right now. We don’t have a keyboard player anymore so we will see in which way we are going with the music and we will see what the future will be. Right now we are working with the same package and there are some changes in there because we want to have some more tempo on stage. We did many years with middle tempo music and it was standing there and being very emotional… blahblahblah… It is very nice to have some rock and roll in there and bang your head and just go for it.

– Yes it is.
Ok.. Nice! so… the Finnish dark bread and salmiakki. And Sauna! Those are the things that I really miss. It is some sort of gipsy soul I have. I like to travel. It is nice when the view is changing.

– As being a Finnish band, and last year Lordi won the songfestival, this year it was in Helsinki…
It was not so good! *laughs* I did not even watched it. When Lordi was there… The drummer is a good friend of us. The big surprise was the winner was a rockband. It felt good. You see how different it was this year.

– You have released the video of Surrender in 2006. How was the shooting of this video?
It was hot. I think we took the last shots at 5 o clock in the morning. We slept an hour and a half and then we had to make up again. We were totally exhausted then. The shooting was ok. It was one day and kind of a quick shooting, but I don’t know about the rest. The stones, the people walking there. They shot it from somewhere in Tampere. It is actually a national place. They did not build it up.

– Do you have plans for releasing a dvd in the near future?
We have been talking about it, but not yet. Maybe after the next album. We don’t have enough material for a dvd yet.

– If there is a film made about you life, who would play the role of you?
Borat *laughs* no… who could it be? Jim Carey probably.

– What effect do you think that the new media as Internet, Myspace and Forums have on the fame of Entwine?
I think it should be doing a great job for us without the money. All the streetteams are putting a lot effort for us and that is very nice. I don’t use it that much. I don’t like computers. Internet is very good and it is very bad. People are getting so unsocialized. They say it is very social. Talking to many people around the world, but it is not a social connection. You never know who is behind the enemy lines. There are good things and band things.

– Do you see yourself playing stadiongigs, like Metallica does?
Why not? I have to say there is a big difference between a big open air and kind of a small club. It is totally different in big venues. The people are so far away and I kind of like it in the smaller clubs. When a million people want to see us, I like it after all!

– With whom would you like to collaborate?
If we are talking about me personally, I would like Darren Hayes. He is an excellent singer. He is very emotional and even though he is gay. I don’t care. The first time I was talking about Darren Hayes I was like.. The guy can’t be heterosexual, cause no one will sing like him. He came out one of the closet a year ago and I was like Yeah.. I knew it!

– If you could make a cover of an English song, in the Finnish language, which song would you choose?
Oh god NONE! It is impossible. There is no song that I would like to rape with the Finnish language. Definitely not. I never like singing in Finnish, it is just not my thing.

– Imagine there is a bandbattle. The winner can stay in music forever and the loser is forbidden to make any music. You can choose your opponent.  Who would you choose?
Do I want to do this forever… If I am 60, I am going to be tired, I wanna do fishing, take a sauna… I don’t know. I don’t want to choose any bands now. Music is a kind of thing that you can’t compete. Ok… Eurovision… The music is for everybody. It is impossible for me to compete. The last thing of the world would be Eurovision Contest. 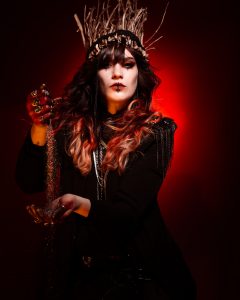 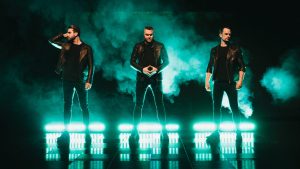 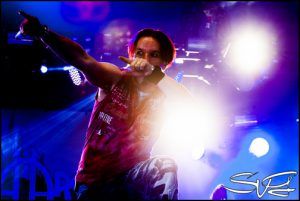