After some years of absence due to the covid period it is now time for Tuska again. The event area is larger than ever, there are four stages and a lot of art to be seen.

Here and there you need to make choices in the schedule and the first choice was presented at the opening. I chose Church of the Dead to see, who were opening the Inferno stage. The Finns founded this band in 2012 and a bunch of EP’s saw light after that. A self-titled debut album came out in 2020.

The Death Metal the band presents us with today has a raw edge. A good range in the vocals makes it interesting to watch and the active style of performing makes the early birds on the festival area wide awake. We had to leave them at 2/3 of the set but it seems that these guys have grown substantially since the performance we saw saw at Tuska 2014. Keep an eye on!

Tuska always has a small stage to present the new generation of bands to the audience. This year a lot of the bands playing there were chosen via the Tuska Kvlt but also some were selected by the festival self. We always try to see as many of the bands on this stage as possible and the first one of today was Verikalpa.

It is a Folk Metal formation that seem to have gathered quite a following already as it became crowded indoors pretty fast. They released three full lengths by now, the last one came out in January. It’s a full stage, the six of them equally catching a spotlight. A good dose of melodic elements are supporting the band in setting the atmosphere and it seems like their fans are happy enough to sing along to the lyrics. A good one to kick off this indoor stage today.

We made our way early to the indoor stage again to see Abstrakt. Selected as Tuska Kvlt band they are presenting us with a combi of Symphonic Black and Death. The guys have been playing since 2008 in this formation but released their second album last year only. At first the band seem to bring quite a chaotic sound, it takes a minute to see what they are after but when they finished their first song it becomes a bit more clear as well to the audience. The second song seems much more steady and confident and something turned there. Not that we could see much more after that, for the schedule makes us move on to the next stage already. Let’s see when we get to see these guys again.

In their announcement the words ‘backstreet boys’ were falling and it somehow seems an interesting reference for Northern Kings. Four men, known from various successful bands have been teaming up for many years to bring covers of 80’s songs and such. Can you say all of these performed songs are always the best way possible? No, not really. Most of these covers you have heard before and better. With four men going at it it sometimes is a bit overkill. But it does not matter for the entertainment value of this band is high. And the contagious joy they have while being on the stage makes up for everything. From Bon Jovi to A-Ha to Billy Idol and whatever the guys feel like is being played. Ending the show with “We Don’t Need Another Hero” the band reaches its highlight. Such an entertainment.

Back to the indoor stage where The Rivet had taken stage. Maybe it was our favorite band indoors today. The Finns combine Metal with Punk and some Hardrock which results in an interesting sound. The guys released their album called “NFHC” in 2020 and when bringing some of that live it comes clear that these guys have a good feel of how to built up their songs.

Interesting how the tensions keep growing when the energy is rising. Translates well to this stage as well. Unfortunately we had to miss the last part to be on time for Lost Society but if our paths cross again The Rivet is one we would like to see again.

Lost Society was playing on the main stage. We have seen the guys several times at Tuska and they are always a welcome guest. The guys are playing Thrash Metal and are hyping up the audience for their new album which will come out in September this year. But not before they have the chance to promote the 2020 release “No Absolution” which may not have been seen live by many for known reasons. “Blood on Your Hands”, “Deliver Me” and several others of that album were played and when blue-haired frontman Samy shows people how to use the stage properly he gets a lot of response from the audience. The youngsters have a lot of charisma and do not need a lot of extra to hype up their show. Always a pleasure.

Such a pity that the starting times are sometimes quite close in this schedule, we have seen maybe 1,5 song of Marianas Rest. But of course we could not skip on telling you a bit about them. The band makes Melodic Doom, which gives away that at least it was a long song and a half we got to experience. They formed in 2013 and last year their third album came out. The first song, “Fata Morgana” came from that album and it starts rather calm. It slowly progresses towards a heavier soundscape where vocals are coming in. This kind of music is something you rather take time for while listening which we did not have today. But we hope to see this band on the road as well and give it our fullest attention.

Perturbator versus Omnium Gatherum is quite a hard one to pick, but our logic is that Omnium Gatherum is a band tours a lot so we hope we can seen them elsewhere and so Perturbator it is. French Synthwave is maybe not the first thing to expect at Tuska, but it is not a first either and judging the fact that people were queuing far outside the tent for them it is one that certainly belongs here. The darkness fills the tent soon and when the guys are starting the progressing energy is coming to an explosion soon. Right in these intense moments it is where Perturbator has its most success. But the variation with these guys is large, when they slow it down a bit there is still much to discover and can you zoom into the details. Perturbator may have been our favorite of the day!

Shereign is a rock formation from Finland. The band is female fronted and gathered a significant audience indoors. Makes sense as from the moment they start they are proven to be kings (and queen) in hyping up the crowd. So far the band has released just singles but with a full set today they might be working onto something larger to release. The strength of this formation is found in a good combination of guitars and vocals. A strong sound brought with a lot of passion helps as well. Songs like “The Fighter” and “Losing Ground” are hitting well here today and if the band keeps growing after releasing an album the next time we’ll see them will be on a larger stage.

The next dilemma is coming up, Ensiferum versus Red Fang. We saw Red Fang play an amazing show at Into The Grave a few weeks ago so today we chose to see Ensiferum. A band that appeared in Tuska several times in history. They are quite a steady factor as they never play bad shows and thus it was a good choice to be seeing them play today. The band has been around since 1995 and released quite some albums, the last one dating back to 2020. The sound of today was well, it seems that today we could hear them better than ever and with a setlist having songs like “Midsummer Magic” or “One More Magic Poison” the guys seem to have the listeners on hand easily. A good show and we are happy that we chose Ensiferum.

After Ensiferum we made our way to Carcass at the mainstage. The British formation were maybe a bit less talkative than a few weeks ago at Into The Grave but nevertheless eager to play their set. Last year their album “Torn Arteries” came out and thus they band has plenty to choose from. The band however decided to look a bit broader into their discography so some of the older material got played as well. Much appreciated as judged from enormous moshpits taking place here, something we don’t see happen as much in Finland as in other countries we see shows of this band. The guys seem to be on their best today, playing with flair and when during the end of the set songs like “Captive Bolt Pistol” and “Heartwork” came by the guys simply show why Carcass is always a good choice for your festival experience.

Heilung versus The Night Flight Orchestra. We know many would choose Heilung for their strange rituals and such, but we have chosen for the colorful The Night Flight Orchestra instead. With a themed look and retro approach the band is surely a bit of a stranger here. The odd one that draws attention perhaps but surely not the least. The Swedish guys make HardRock and have been formed amongst friends and seem to be a project that is brought with a lot of joy. Here and there a bit of cheesiness is not too crazy for them and it strikes me that the entire field in front of this inferno stage seems to be singing along. Regarding the circumstances (see editors note below) they even managed to pull a bit of a smile to my face. Lovely!

Last to play today was Korn. A band that brought a lot of people into Metal and is still doing so. A bit nostalgia for many of the visitors and with one and a half hour of playing time the band has all the time to bring some classic hits to the audience, the ones where many were waiting for. It does not take long into the set before “Falling Away From Me” was played and it opened up the atmosphere where in the two songs before people were simply listening at ease. Some more recent material got mixed into the set and that is interesting to watch. Good in line with what we know Davis and co from, but certainly brought into 2022, a sense of modern sound helps the band well. The last part of their show was mainly filled with recognition and instrumental intermezzo to keep people at it. An interesting headliner for Tuska, bringing the nostalgia alive.

Tuesday before Tuska Tempelores supporter of day one Marian van Gameren, mother of editor Sabine (me writing about and photographing this festival), passed away. Before she died she expressed clearly and repeatingly I was to go to Tuska and take the photos and write this review. As it was her last wish for me, I got on that plane with the blessing of my family but not without pain, emotions and inner conflicts. If you have seen me, greeted me and I have not responded or did not look too cheerful please bear in mind that this was why. My work at Tuska kept me from thinking and indulge in sadness at that point and was shielded me for the dark clouds for a while. Thank you all for understanding and hopefully you enjoyed reading the above. 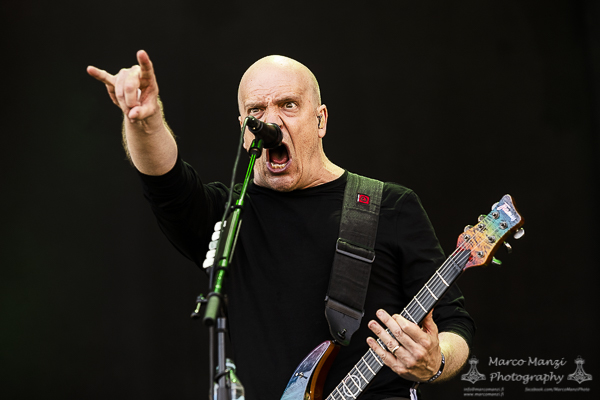 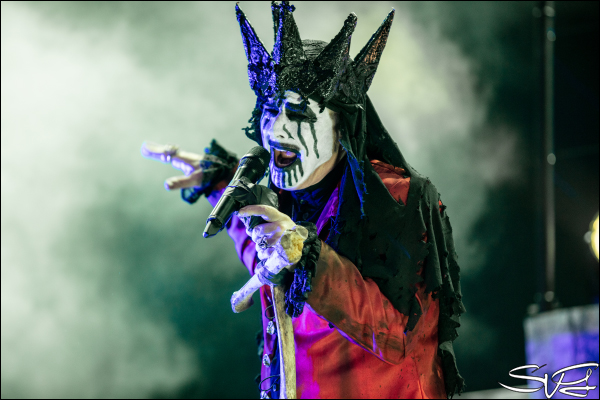 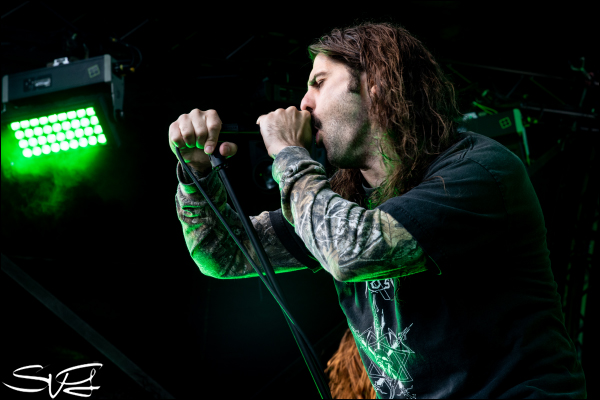