Norwegian rockers Motorpsycho got me hooked with their latest release “Kingdom of Oblivion” and so I had some questions in mind. Bent Sæther was kind enough to answer my questions about the album, recording process and his favorite tunes of this year!

Hello! Thanks so much for taking time to answer the questions. How are you doing?

Hi there! doing fine – a bit bored, but that is OK.

Congratulations on the release of “Kingdom of Oblivion”! It is a fantastic record!
Let’s talk about the album cover first things first. When I look at it, I see death (obviously), but also revival of the nature. Can you tell us a bit about the album cover and the story behind it?
Thank you so much!
It is a drawing by Sverre Malling made for a series of his called ‘Good-bye to olde England’ that focuses on his British sources of inspiration – writers, artists, poets, musicians, etc. The one on the cover is a portrait of Charles Algernon Swinburne, and a quick wiki-search will fill you in on him. We chose the cover because the vibe resonated so immensely with what the music felt like – there is some folk in there, some hard rock, but it all kind of feels a bit rustic and decaying and …well, the ecological theme in a couple of the songs fits perfect for sure!

Can you tell me a bit about the recording process of “Kingdom of Oblivion”? Were there any particular challenges besides COVID?

No, no really. Like a lot of our (and most artists’) albums, this wasn’t all recorded in one session – we started in France in September 2019, and the last recordings were done here in Trondheim in April or so 2020. So it started before Covid, but was finished when it had just started. The only effect Covid has, was that it cancelled a few shows that gave us time to finish the record properly a bit sooner than we thought.

One song that stands out the most for me is definitely “The Transmutation of Cosmoctopus Lurker”. But… what is the name all about?…and how did the idea arise for this song?

It is a song that we first tried to do during the Crucible sessions a few years ago, but that version didn’t have either the intro/outro sections, nor the math-rock section and felt unfinished. It didn’t work then, but in that structure we recognized a core thing that was good enough to keep working on, so once the need of a set-up dawned on us, it got a little longer, but … the pay-off wasn’t good enough so we added another bit … and so on until it felt finished!

The title is a straight H.P.Lovecraft reference, but there is also a bit of Philip K.Dick mythos in there. Google it!

Speaking of highlights, which song do you feel the most connected to and why?

All of them! I really like how the whole thing worked out, I love the sequence and I feel like we made something we never made before with this one,… it had a very specific vibe that I really find singular end enjoyable. No fave song, sorry!

“Kingdom of Oblivion” opened doors to the world of Motorpsycho for me and it represents different styles and evokes different emotions… If you would describe this release to a random stranger on the road, how would you describe it?

I wouldn’t! We tried introducing it as ‘a failed attempt at a heavy metal album’ , but that made people expect something different than what it is. It’s time we learned and let people discover it themselves. Our frames of reference are all so different, that words never do it justice.

“Kingdom of Oblivion” is definitely one of my fav albums of 2021. Do you have any favorite album this year, or any song/piece that is on heavy rotation?

To name a few: Pearl Charles newest is a fine slice of desert americana with a late 70s coke vibe to it. softrock /country type thing. very enjoyable.  I dig the spanish duo Bala, like The Limit’s album Caveman Logic, i giggled at Jazz Sabbath, etc – there is a lot of different good stuff coming out at the moment!

Any last words to your fans?
Hi fans! We miss you all a lot, and really look forwards to seeing you all again!

Special thanks to B.S. and Mona at ALL NOIR!
“Kingdom of Oblivion” is out now via Stickman Records. 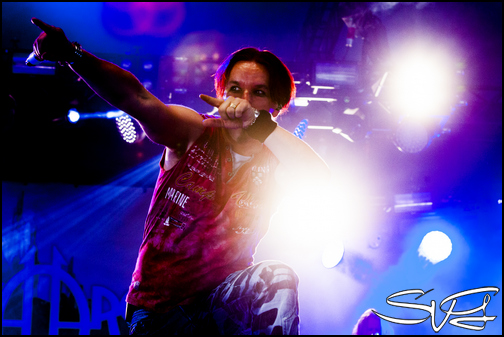 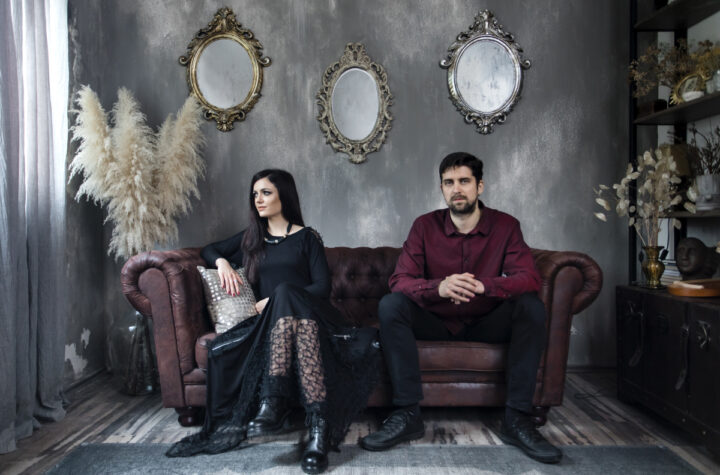