Radio Moscow just came to Porto for an electrifying concert on the 20th of April 2019. The venue was the magnificent Hard Club, an old market from the second half of the 19th century.Yours truly had the opportunity to talk to Parker Griggs, the founder of the group. Parker has been around since 2003, in a self project, and Radio Moscow self titled album was released in 2007. They are a pure Rock ‘n’ Roll band, they relocated to California and they came to do a short tour in Europe

Miguel: How was the trip? How are the travels in Europe? Any free time to chill

Parker: Yeah, we had two shows in France, two in Spain, Barcelona and Zaragoza, and now two in Portugal, it has been rad.

M: Where are you from originally?

P. Born in Arkansas but I grew up in a Iowa, in little city called Story city and then the band relocated to California in 2010.

It’s pretty on the go and tomorrow we will fly at 5 AM. I wish we could chill for a bit.

M. What should we expect from the concert tonight? Have you played here before?

P: Yes, it started as a solo project, just by myself. It changed a lot. I’m working on solo album and see how that goes. It will be under my name but no name for the album yet. And I already got a good start on that. For the next Radio Moscow one I haven’t, I’m focused on the solo for now.

M: How is your creative process?

P: Yeah, I do it in isolation, at home on a four track. It’s nice to do it on a four track too, because you can come with the drum part and build over that, keep on building with all different instruments. For song writing I do every single thing. The guys on the last album come together but mainly I do all the writing.

M: How do you describe your sound?

P:I don’t know. We are kinda of an intense loud rock band. We are Heavy but not heavy metal. I think it is psychedelic but we give a psychedelic flavor to the jam. We take the influences from the 60s and 70s rock, spin it in our kind of way and do our thing, I think.

M: Releases and concerts, and certain band that or artist

P: I haven’t seen many concerts to be honest. We played with a band called Solar Corona in Bordeaux. I haven’t seen them personally but the guys have and said it was rad. I don’t think they have an album released yet. Psychy, Rock, Space rock. And I have seen in Arthur brown in LA. a while ago He has been around since a long time. He is almost 80. Pretty crazy. New outfits every song. He is not really an influence, but putting such a good show is inspiring.

M: And any plans for now? For visiting Porto?

P: Tonight we are meeting some friends, we are going to hang around with them. They are called the “last international”, band, from the States, and they happen to be in Portugal at the moment. They were here a month ago touring and hang around.

M:Anything you want to say to your fans?

P: Thank you for your continuous support and bringing us to Europe. We are going to come back in the summer and it will be an opportunity to see us around. This tour was a short one. It will be cool to go to more places. 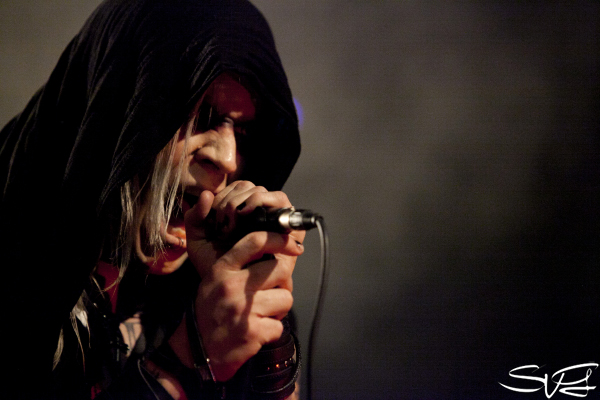