Who would have thought that the legendary occult rock act COVEN’s first time in Germany would be in Hamburg? They surprised the fans a while ago with a tour and the dedicated crowd in Hamburg was more than eager to welcome the band on a Wednesday night. Fans of all ages gathered to witness the ritual.

Due to some changes in the original warm-up bands, Bubba Ho-Tep hopped in the last minute to deliver the fans a dynamic show. This formation from Berlin describes their style as a harmony of classic rock, stoner, country and blues. We could see that maybe most of the audience haven’t been familiar with them but the band delivered a very nice mix of those genres. It wasn’t a full ‘stoner’ or a full ‘rock’n’roll’ show; the styles were connected to each other very well with the vocals & instruments sharing the spotlight in different times. It wasn’t one of those shows where you would instantly headbang or jump up and down but the overall performance was perfect for the audience to just sit back and enjoy their drinks. I almost felt as if I was in a blues/rock pub, listening to a live act! 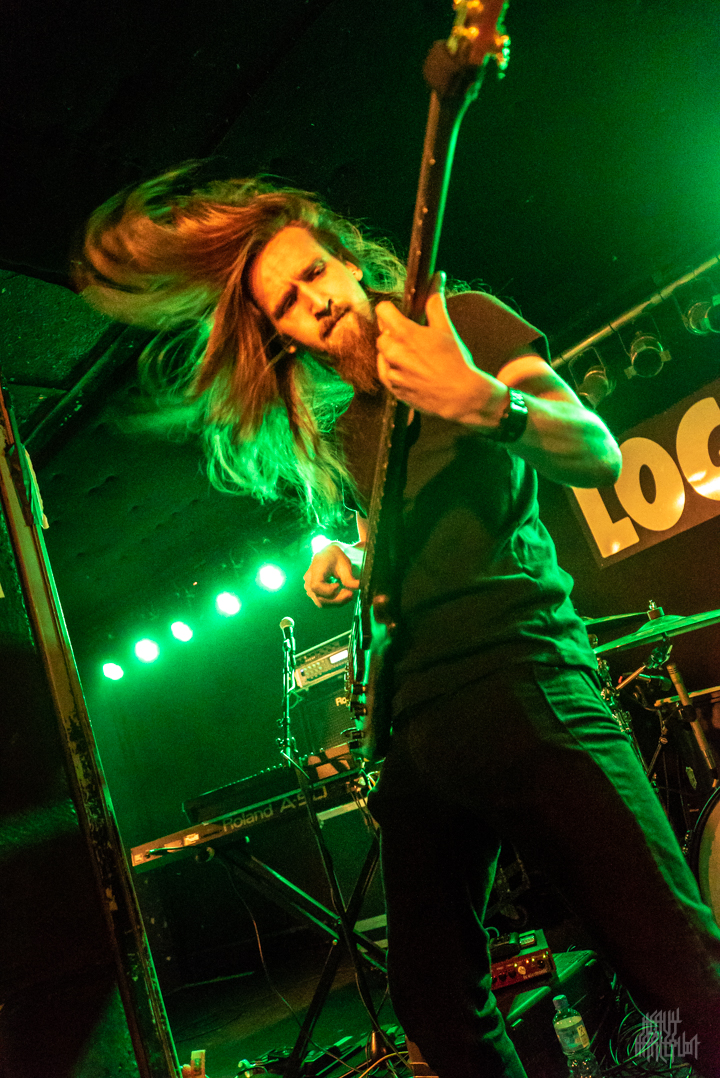 One highlight of the show was the bass player’s never ending energy! Since the audience was enjoying their drinks rather than standing in front of the stage, this was a perfect moment for the bassist to just lose it and rock’n’roll. His performance stood out in general as well; the bass elements definitely formed the essence of the band’s performance and caught my attention the most. In contrast to the band’s colorful performance and dynamic show, the audience was not so eager; most of them probably came to see Coven so they didn’t really pay attention. A more dedicated audience would have been a better boost for the band but they still showed their support with applause nevertheless. 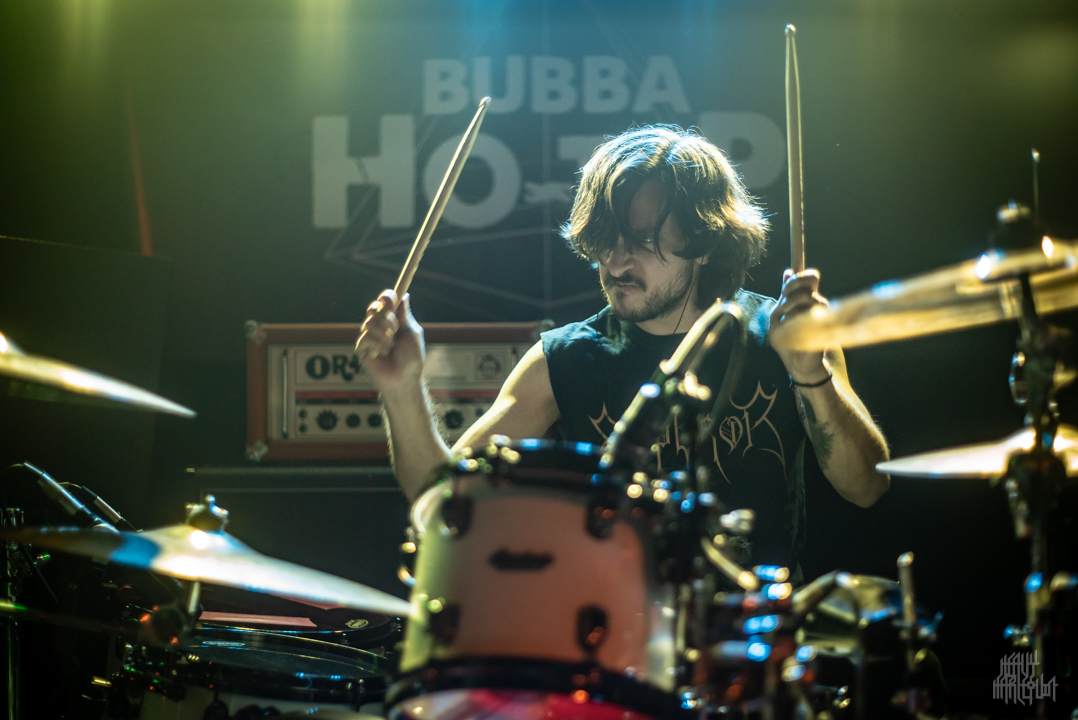 It was time for the mighty Coven. The venue was packed and the crowd was eager for the darkness. The ritual started with a coffin in the middle of the stage and the band members in robes entering. Accompanied by the “Satanic Mass”, the front woman and the lady of the darkness Jinx Dawson made her debut by emerging from the coffin and opening the set with “Out of Luck”. Wearing a mask and the matching gloves, she sent shivers down our spines! From the beginning to the end, she interacted with the audience, showing her devil horns and exchanging glances. I could see that the hardcore fan base was there, singing along and headbanging while some of them were just enjoying the moment and taking it all in. 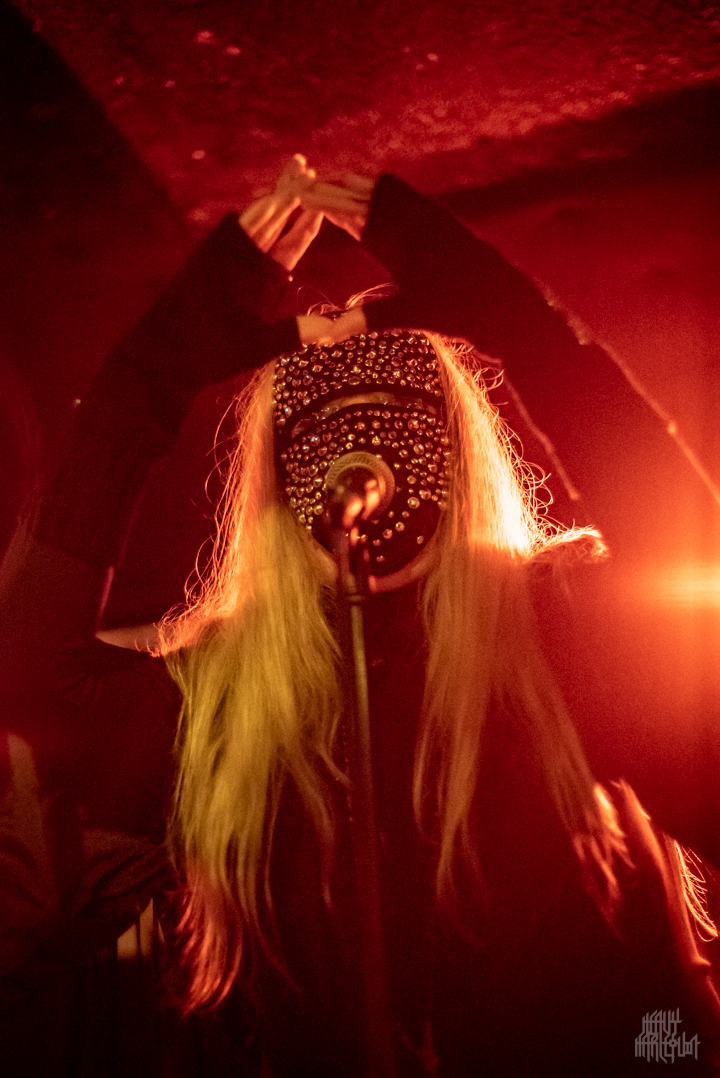 With an act like Coven, some songs were anticipated the most. Most of the setlist consisted of the songs from the “Witchcraft Destroys Minds & Reaps Souls” album, released on 1969. Gems like “Black Sabbath”, “Wicked Woman” and “F.U.C.K.” were what the crowd was craving for but the band also played some songs from “Blood on the Snow” and “Jinx”. Even though each album has its own character and aura, they all fit to the whole performance very well, forming a dark and magical setting for the performance. 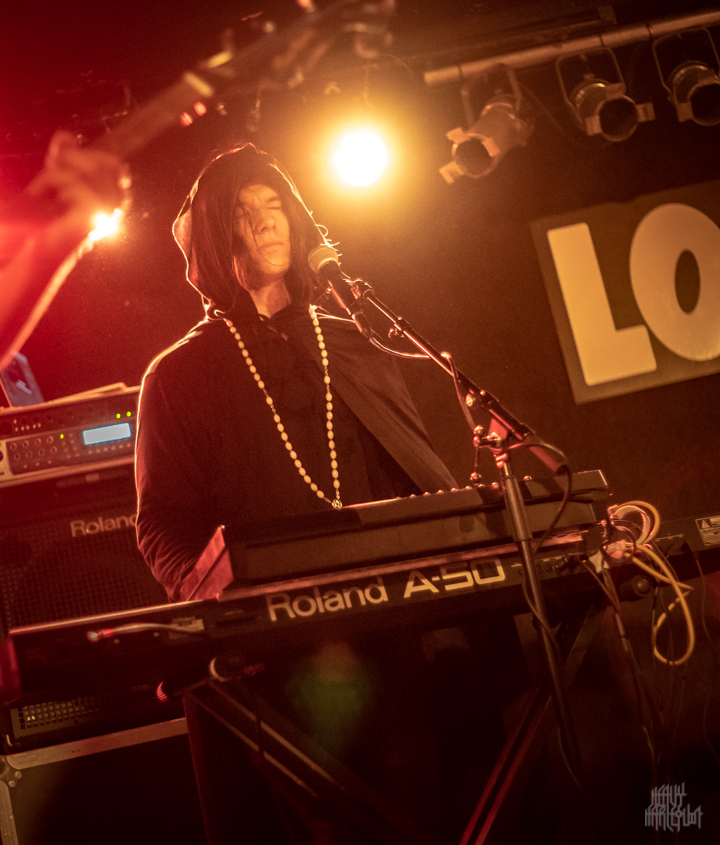 Towards the middle of the set, Jinx also introduced the new band members with a statement : “Coven needs a fresh blood to keep the bloodline going”. From the keyboardist to the wild and crazy guitarist, each band member had their highlights and awesome moments. At this point, the guitarist needs to praised as he played the solos magnificently and with full dedication! Surely I wondered how it would have been with the original line-up but I can’t complain; combined with Jinx’ dark and magical attitude, the band members delivered us the Coven songs perfectly. 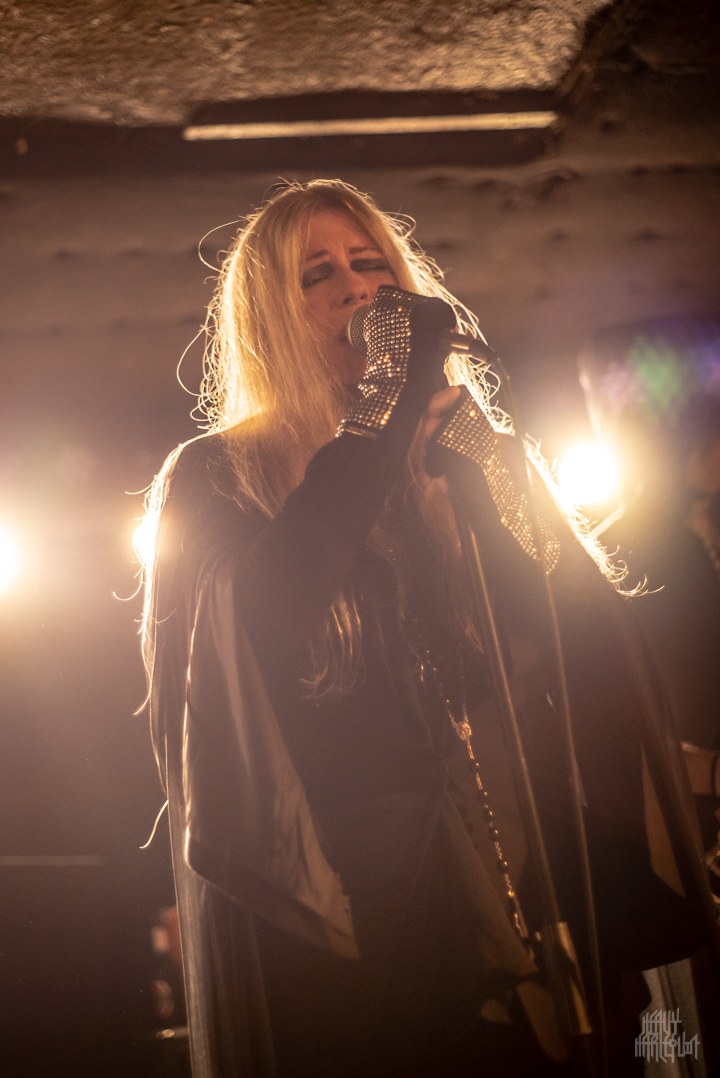 Even though the crowd wanted an encore, Jinx’ words were “Coven never did an encore since 1969”. She thanked the crowd many times and left the stage. Not only was it beyond spectacular to having experienced a band so influential and legendary, but we all witnessed a unique and dark ritual that will stay in our minds. 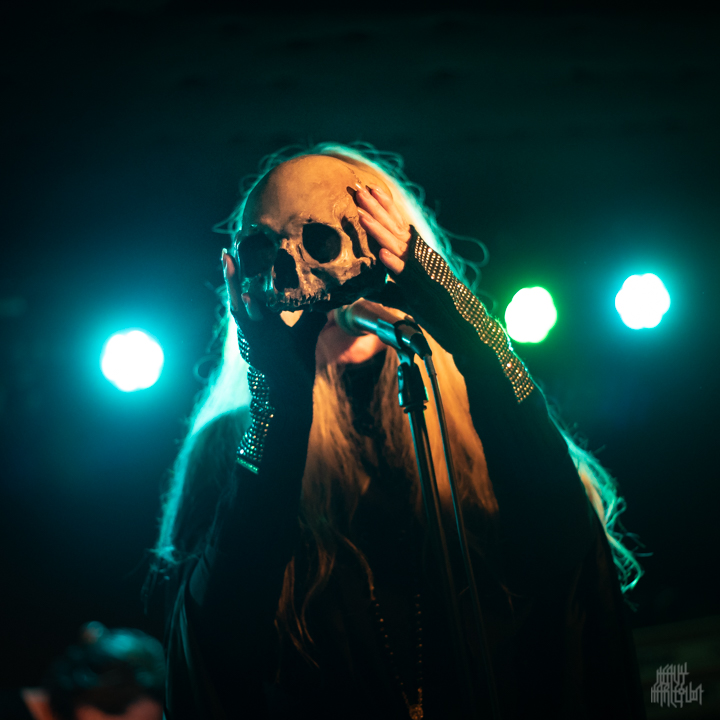