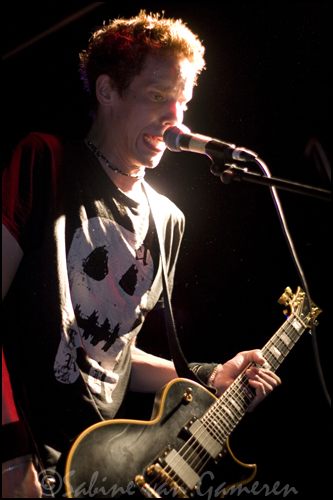 Hollow heart was about to open this night. In semifinal, which is a little brother from Helsinki’s most famous venue Tavastia. When Hollow started of with a long electronic part, I was really pleased. Sounded quite ok. Too bad that after this intro, the keys became so less dominating in the music, that at some point I was thinking this was just a guitar/bass/drum/vocals band.
It was clear that most people thought the same since, they all came back to the corners of the venue to have a drink instead of keep on watching. It’s not that the music is not good, it’s more that they just don’t know how to keep   peoples attention. If Hollow heart has some time to grow, it will be a nice band to see, but tonight I was not completely satisfied. 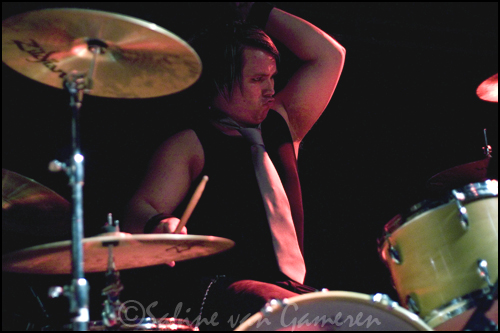 Most people came to see Megaphone. This glam rock band brings the good atmosphere back in Semifinal. If you check Megaphone’s website, you will find the following lines:”What would happen if Madonna and Mick Jagger had a four-headed love-child?
Megaphone is what you´d get! ” This sentence gives you a short indication of what a Megaphone gig brings.

With band members, who are playing games with each other they really entertain the audience on such a way that not only the ears are satisfied.
Vocalist Bjarki Kaikumo is wearing a black shirt with strings hanging down from his arms. It makes him look like the mighty eagle. He tells people to sing along: People sing along. He tells people to clap the rhythm: The people clap the rhythm.

It is so obviously clear that this band is having a great time at the stage, that it makes me happy as well. As final song they play their first single “Toyboy” which results in a semifinal filled with dancing people.Yes baby, this band rocks. Glam is alive! Every time I think back at this gig, I remember those huge smiles on the artists faces. And that is important.

That not only the audience, but also the band enjoys the evening! 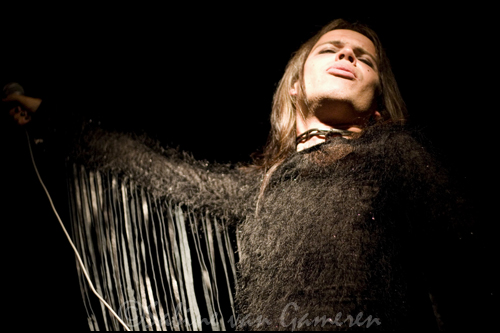 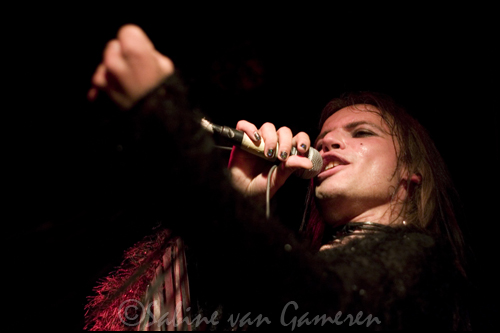