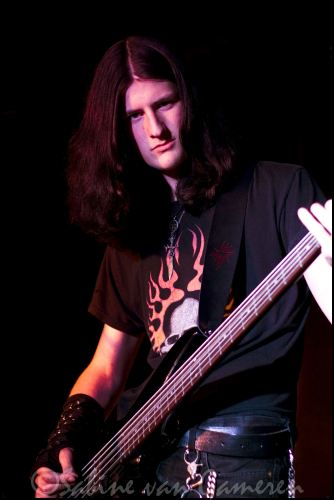 This Swedish band started out in 2004 and had gone through some changes during the time. On this Sunday they played a gig in Diamond dogs bar in Göteborg.

First thing what jumps in mind when seeing Seven Circles is Tiamat. For those
who know Tiamat, Seven Circles has the same doomish sound. A typical Swedish
melodic band with a gothic edge. During the gig the band, with brand new bassist
Oscar Gelada, had to due with some technical problems. Microphones with horrible noise on it, but it could not stop them from playing.

Later on during the gig we got some more stage action. I like that. It gives
the show some more dimension. Sometimes Andreas(lead vocals and keyboard) leaves his keyboard for what it is and walks to the middle of the stage. By doing this, the stage seems to be a better divided because guitarist Georg Klint was a little bit hidden in a dark corner before. Over all, I enjoyed the gig.

For those of you who want to see Seven circles… They will play on the
Swedish national television at October in the program Hitmakers. Keep your eyes
on it. 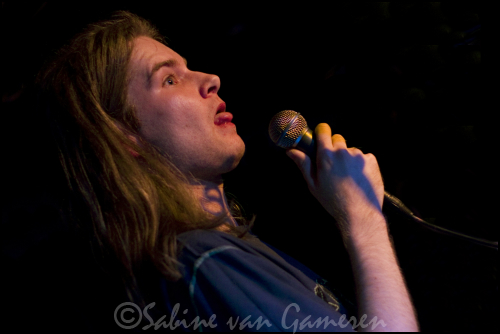 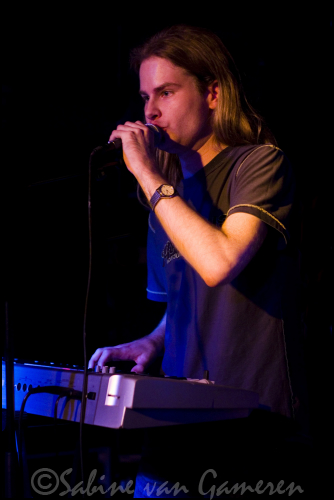